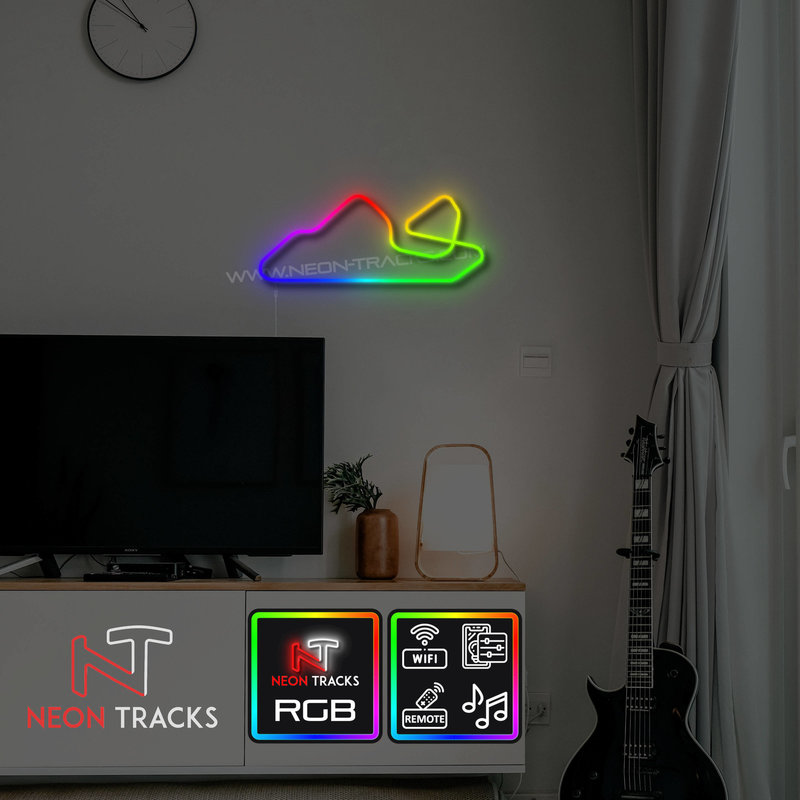 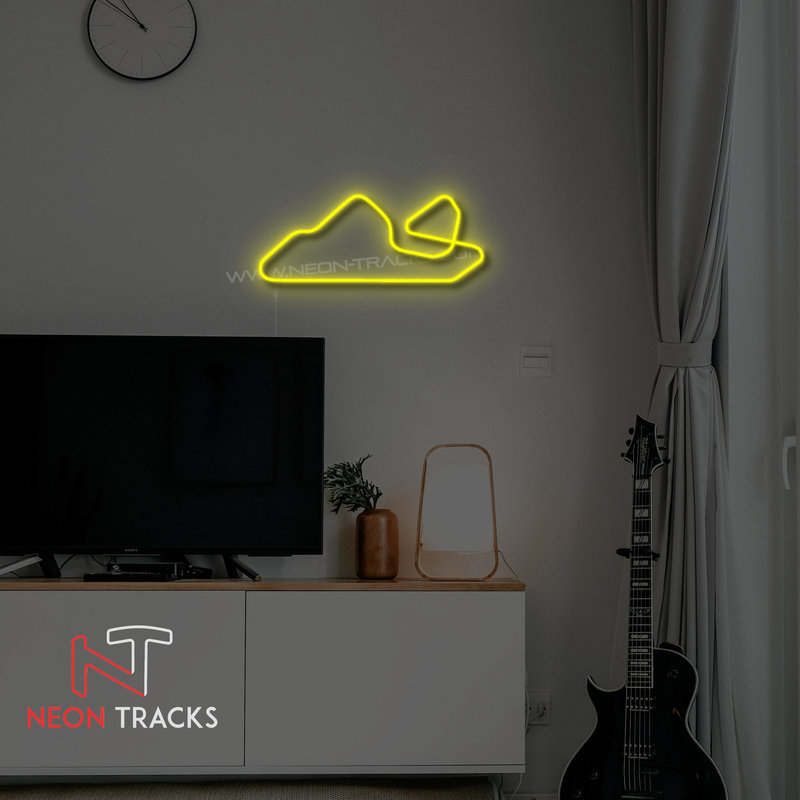 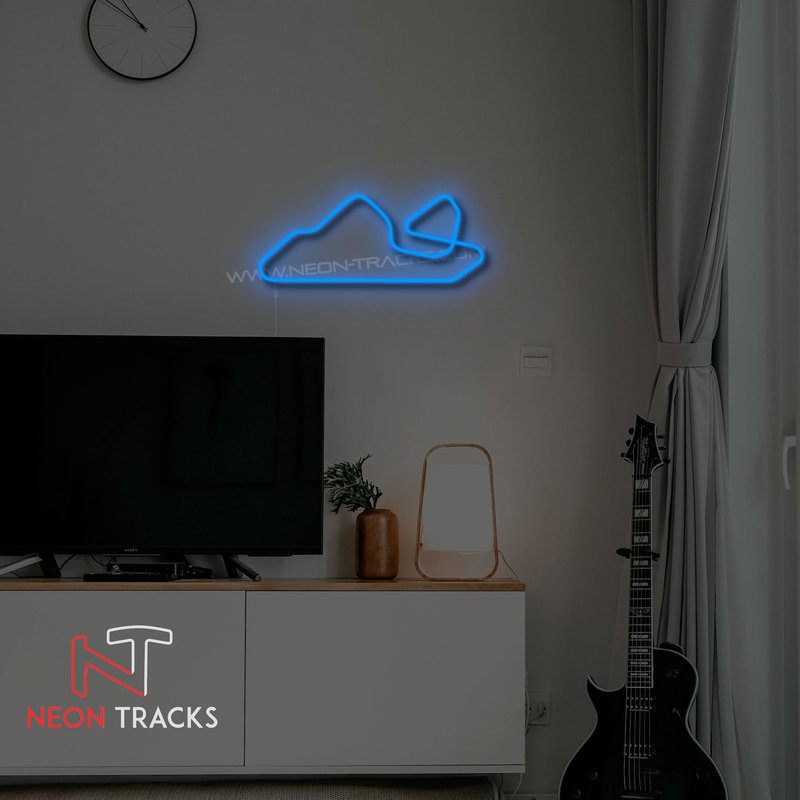 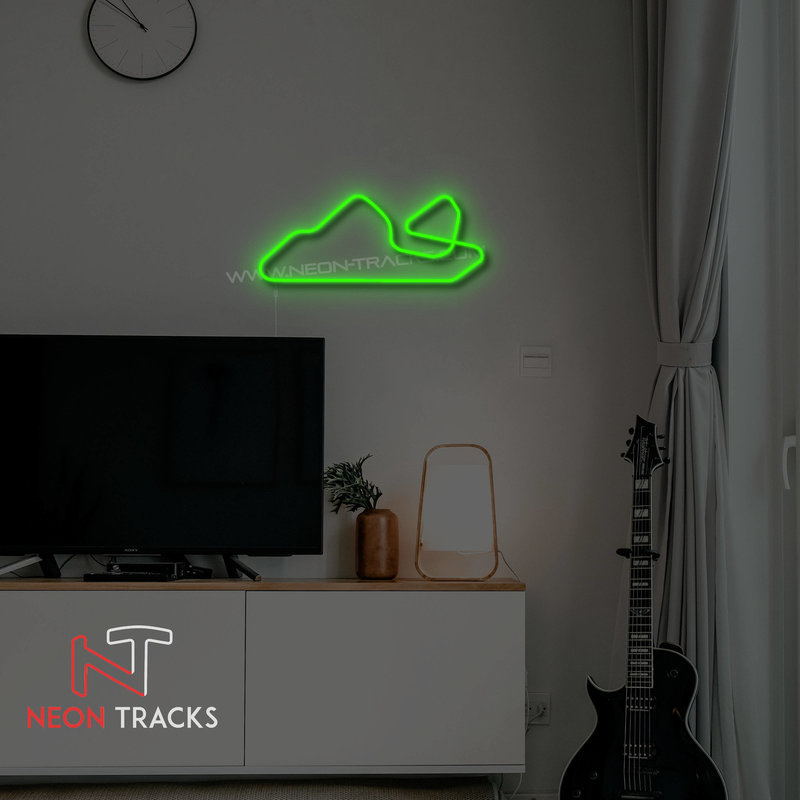 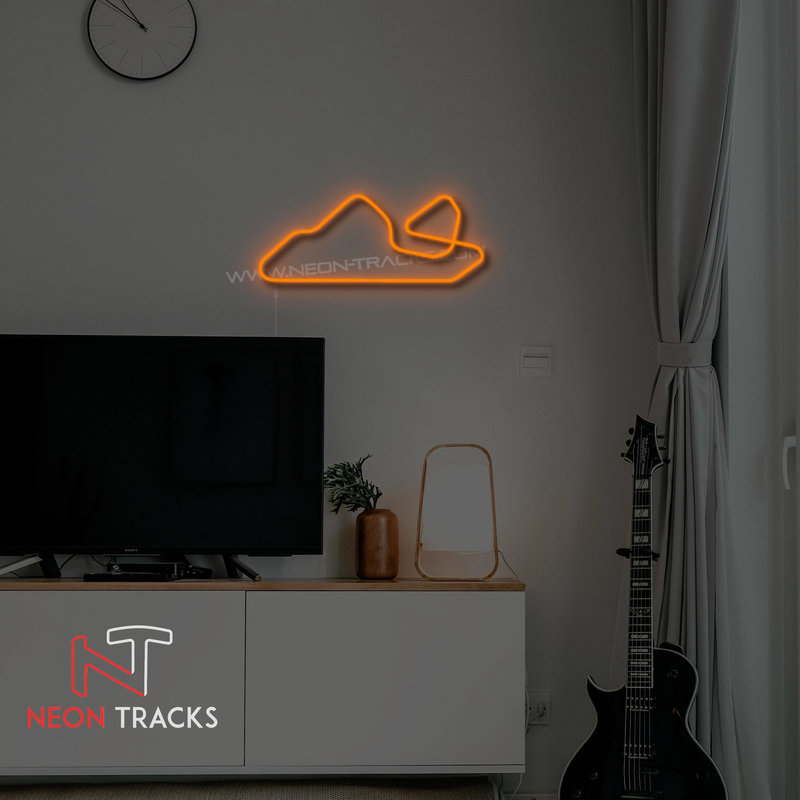 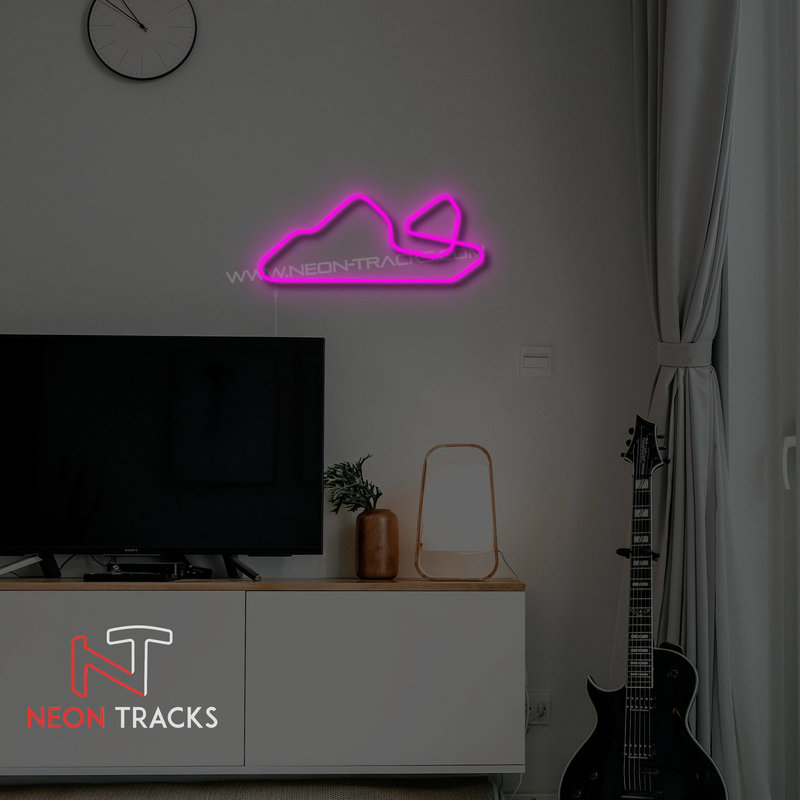 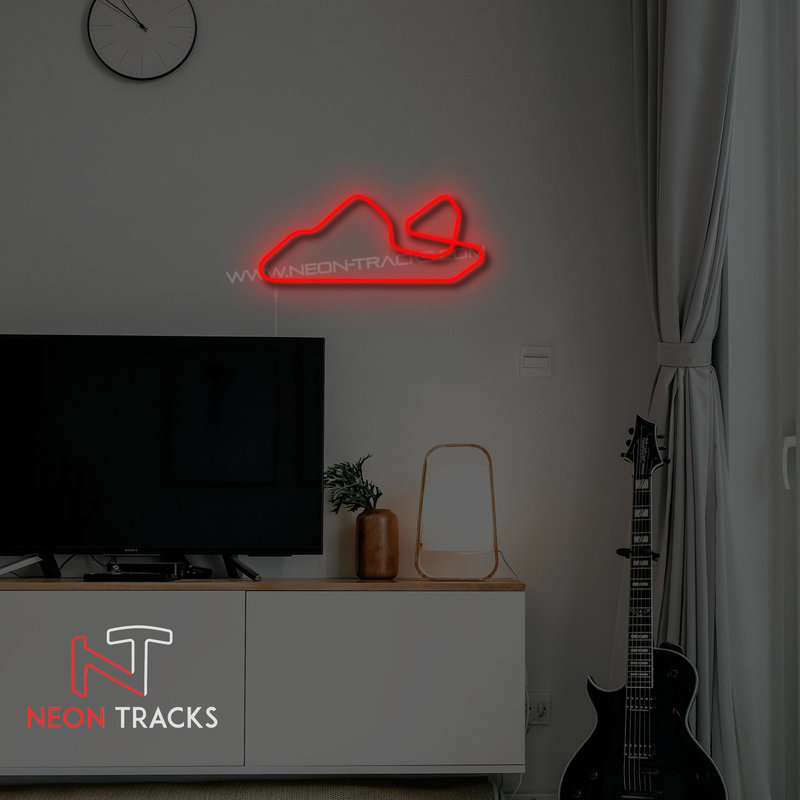 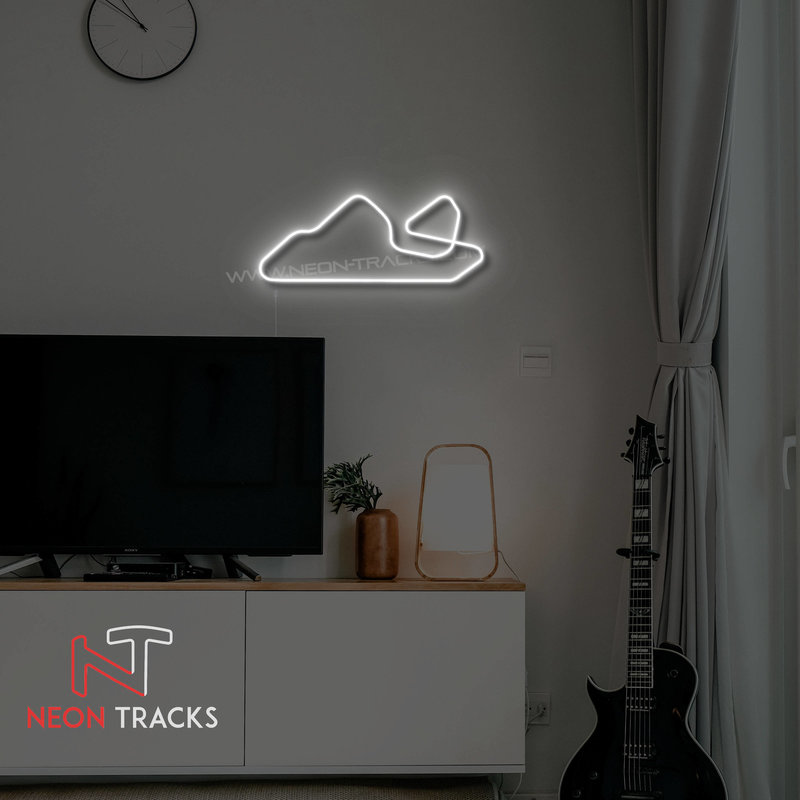 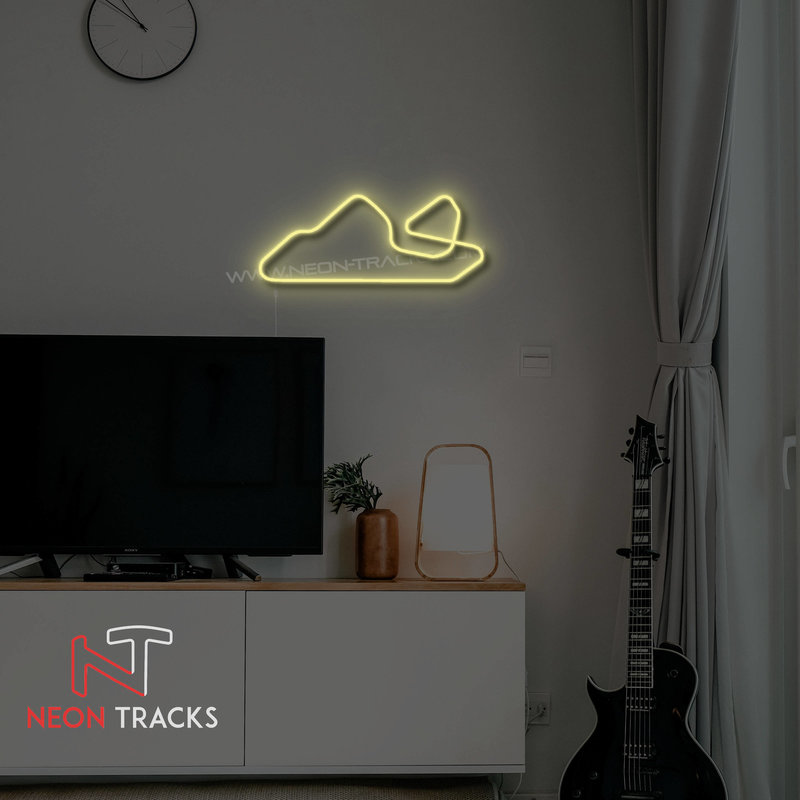 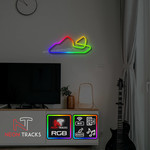 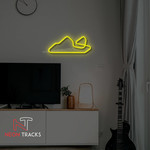 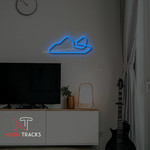 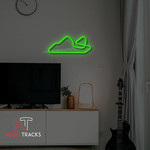 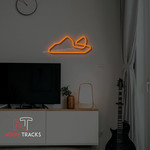 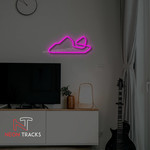 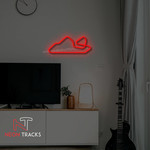 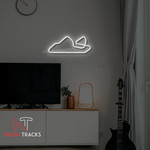 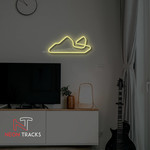 RGB Neon LED circuit in the shape of Oran Park Raceway. This lamp is perfect for your wall, in the living room, man cave, game room, bedroom, where ever you like. Great as a gift for yourself or some lucky friend or family member.

This gorgeous model, crafted by Neon Tracks, depicts Oran Park Raceway. This high quality neon LED wall light is made by hand and built to last.

This track is made with long lasting and environmentally friendly neon LED, this makes it both safe and durable. The neon LED is mounted in a frame that is shaped to Oran Park Raceway, so there is no back plate or acrylic board. The light hits your wall without obstruction.

Oran Park Raceway was a motor racing circuit at Narellan south west of Sydney, New South Wales, Australia which was operational from February 1962 until its closure in January 2010. The track was designed and started by George Murray and Jack Allen. Since its closure in 2010 it has been developed into housing. The circuit was established by the Singer Car Club, with its opening meeting held on the weekend of 17–18 February 1962. The land for the circuit was provided by wealthy Camden grazier Dan Cleary, who also ran an earthmoving business, which provided the equipment used to help build the circuit.

The original lap distance of 1.690 km (1.050 mi) was later extended to 1.960 km (1.218 mi) with a further extension in 1974 creating an alternative "Grand Prix" circuit of 2.625 km (1.631 mi) in length. The Grand Prix circuit featured a figure-eight shape with a bridge where the track crossed over itself. Despite the loop the racing direction was still regarded as being anticlockwise. 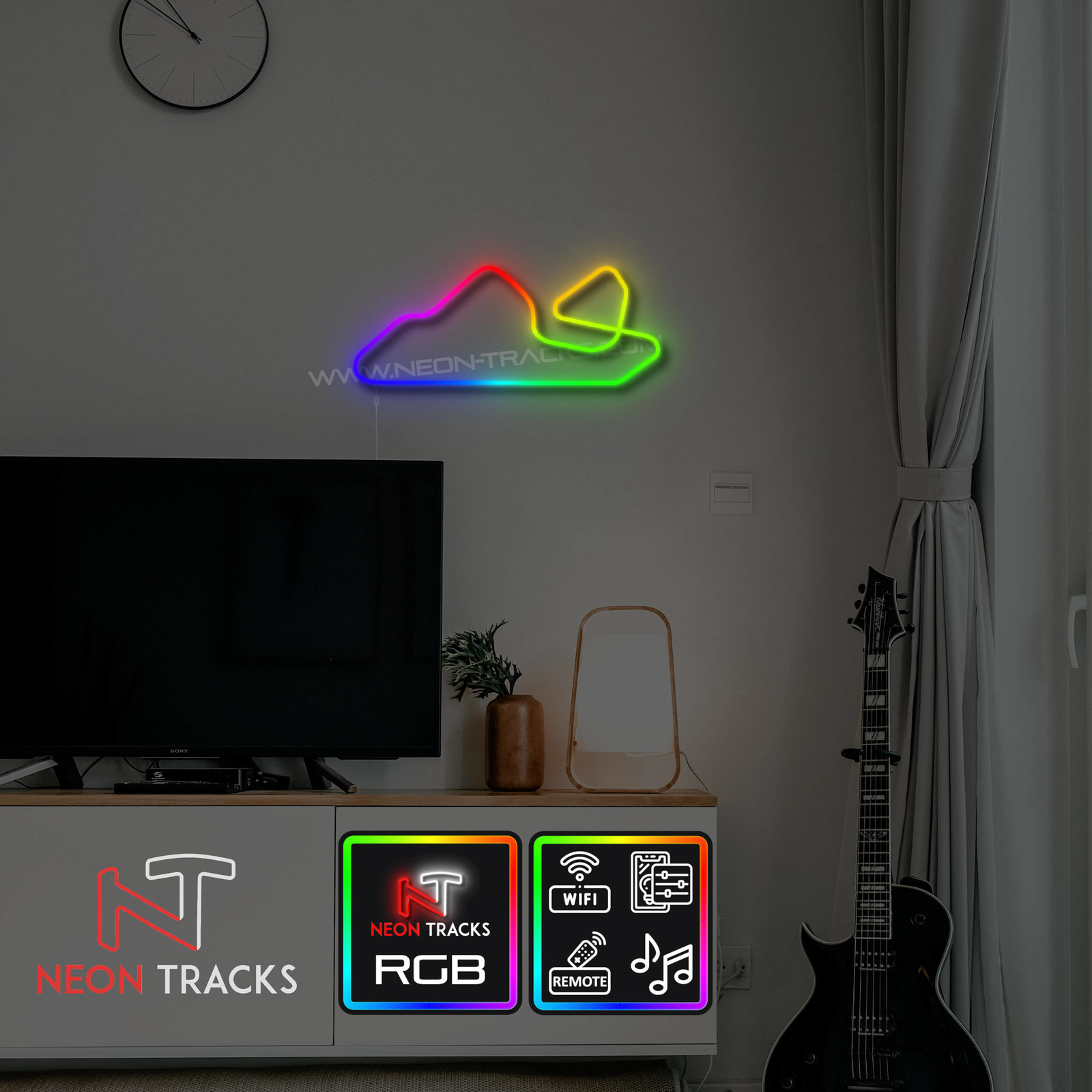 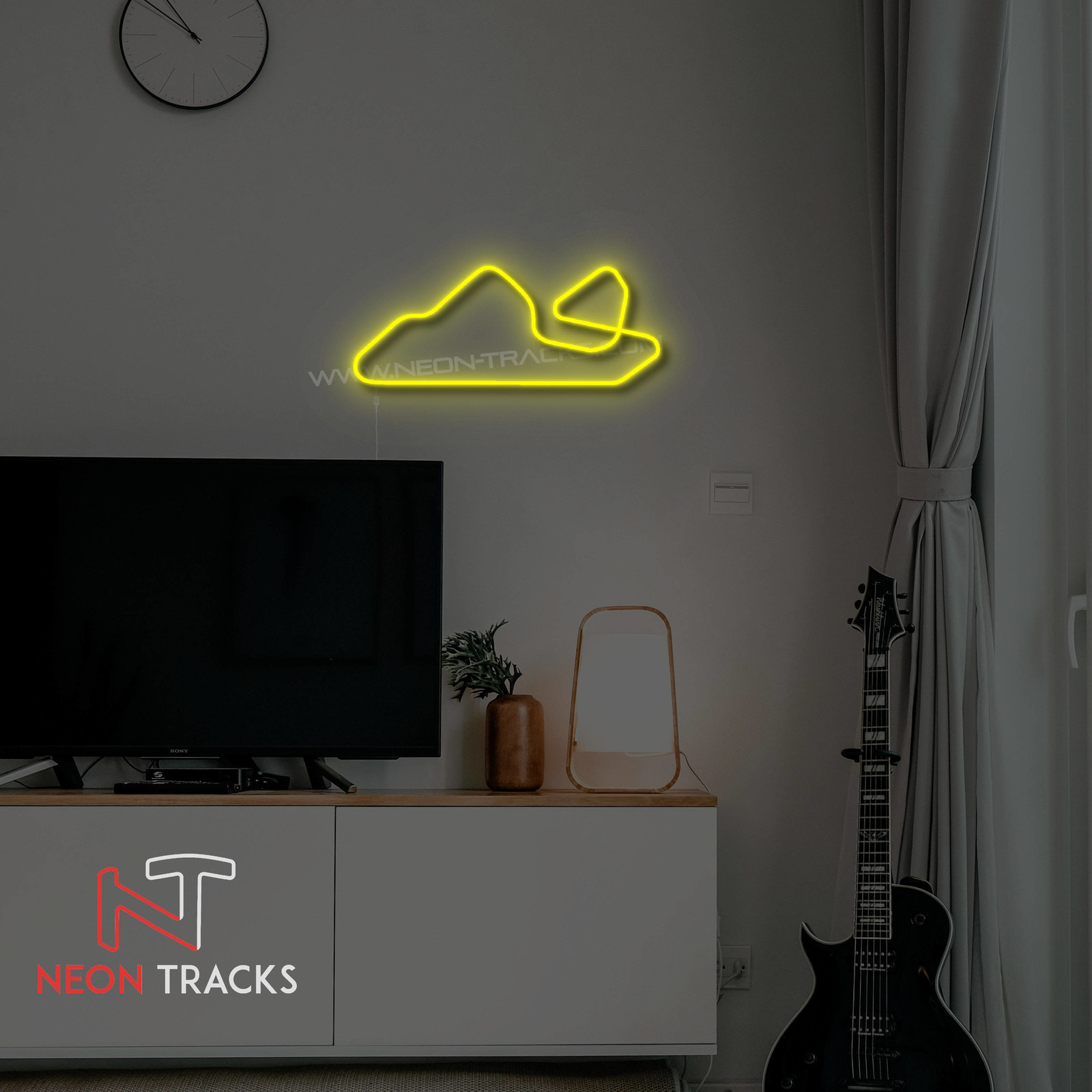 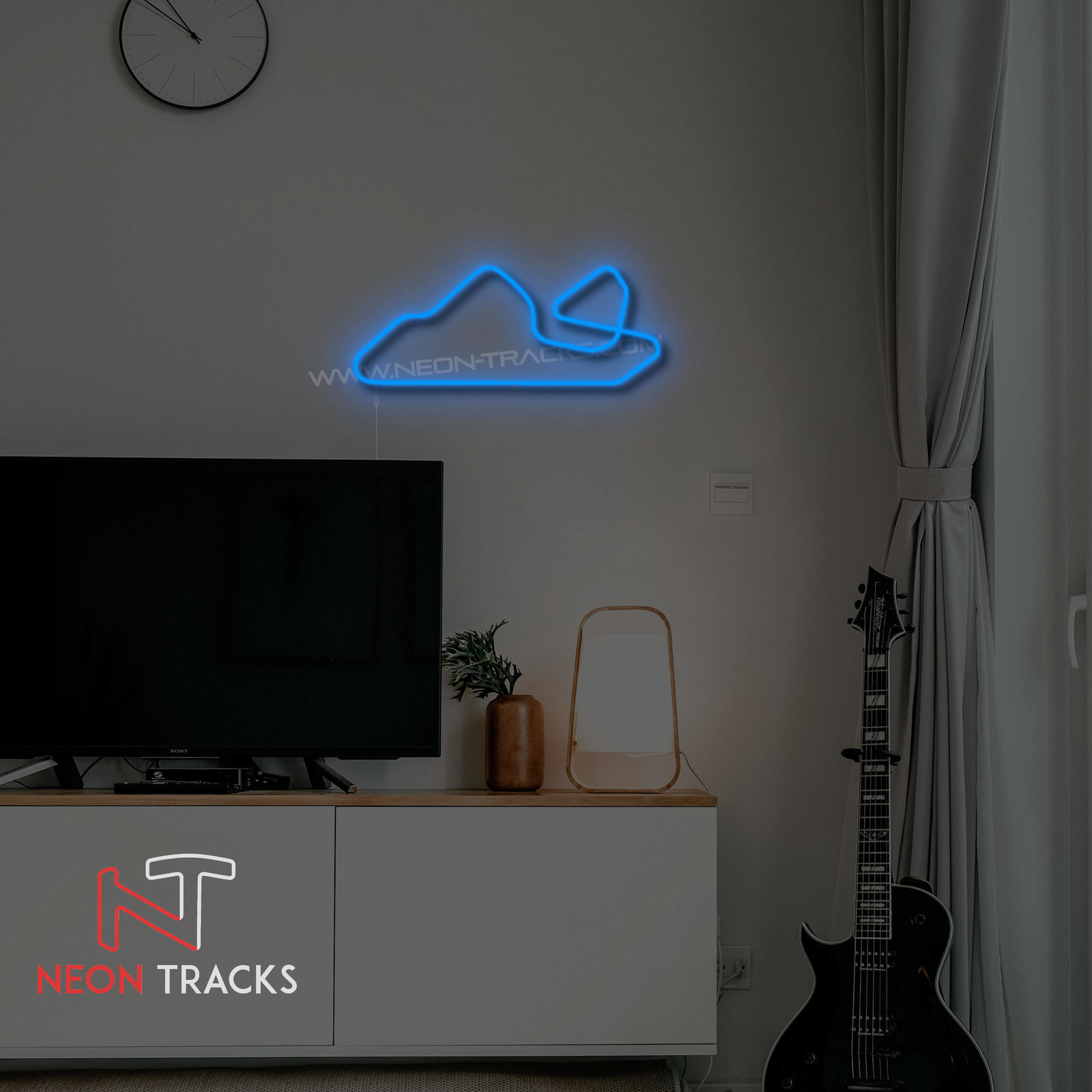 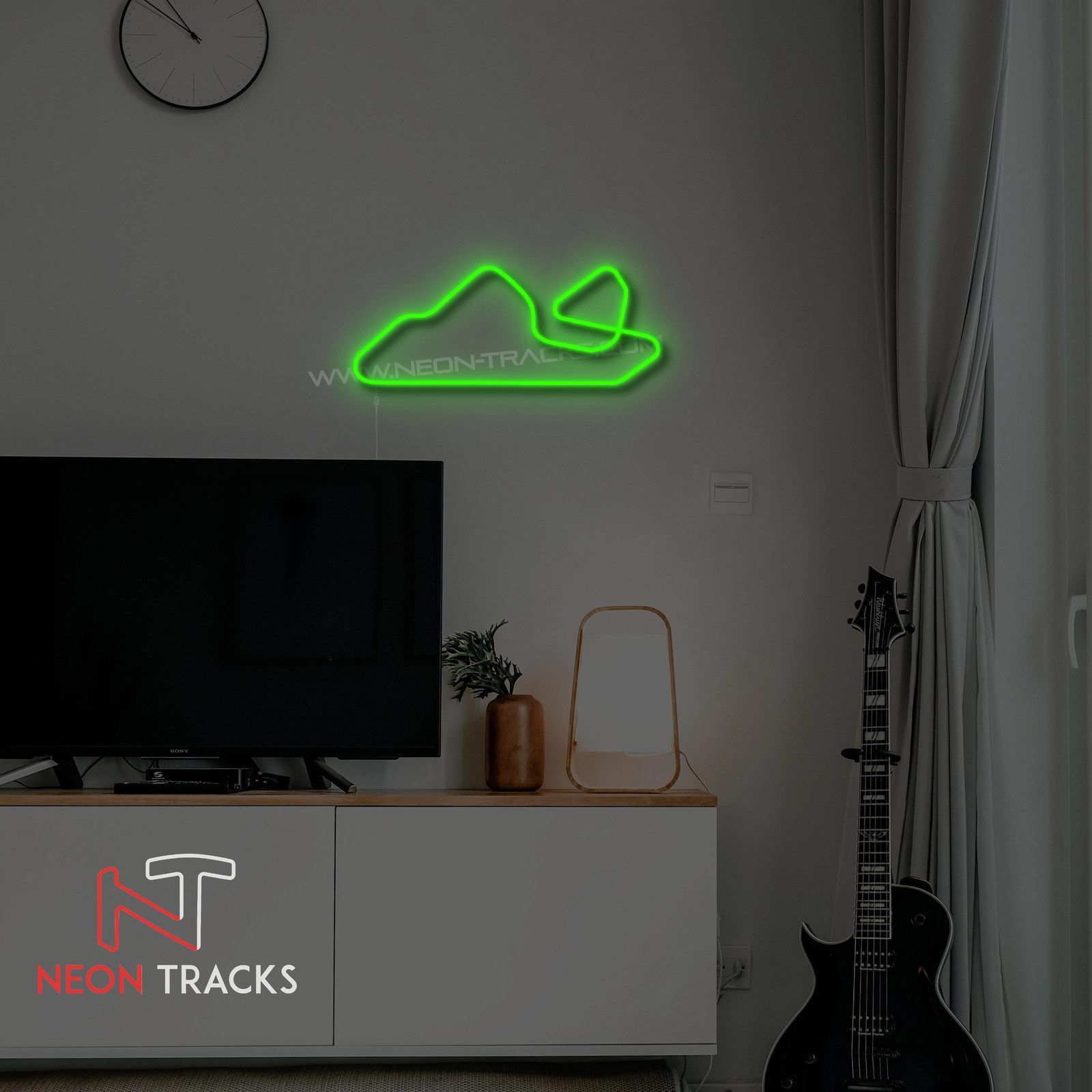 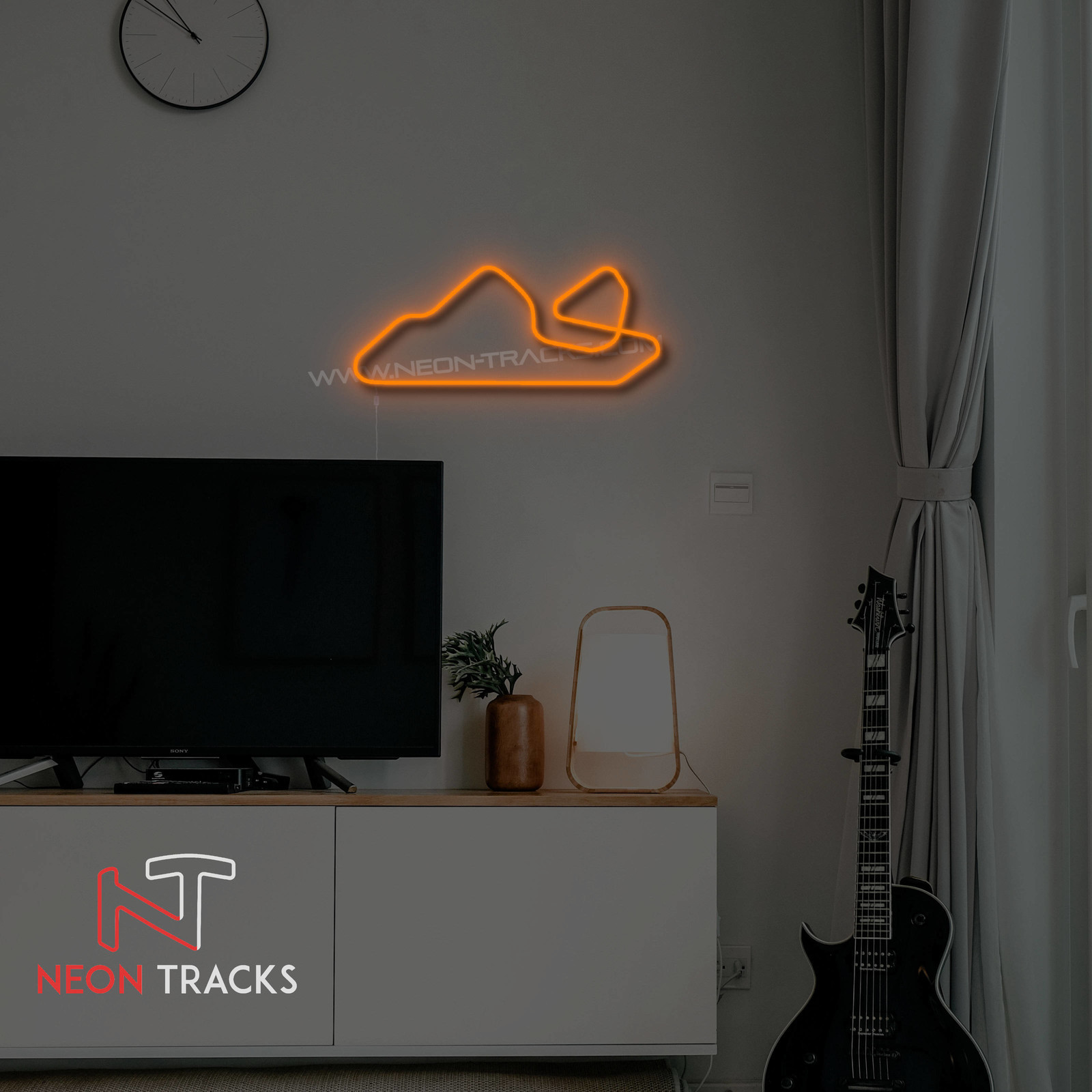 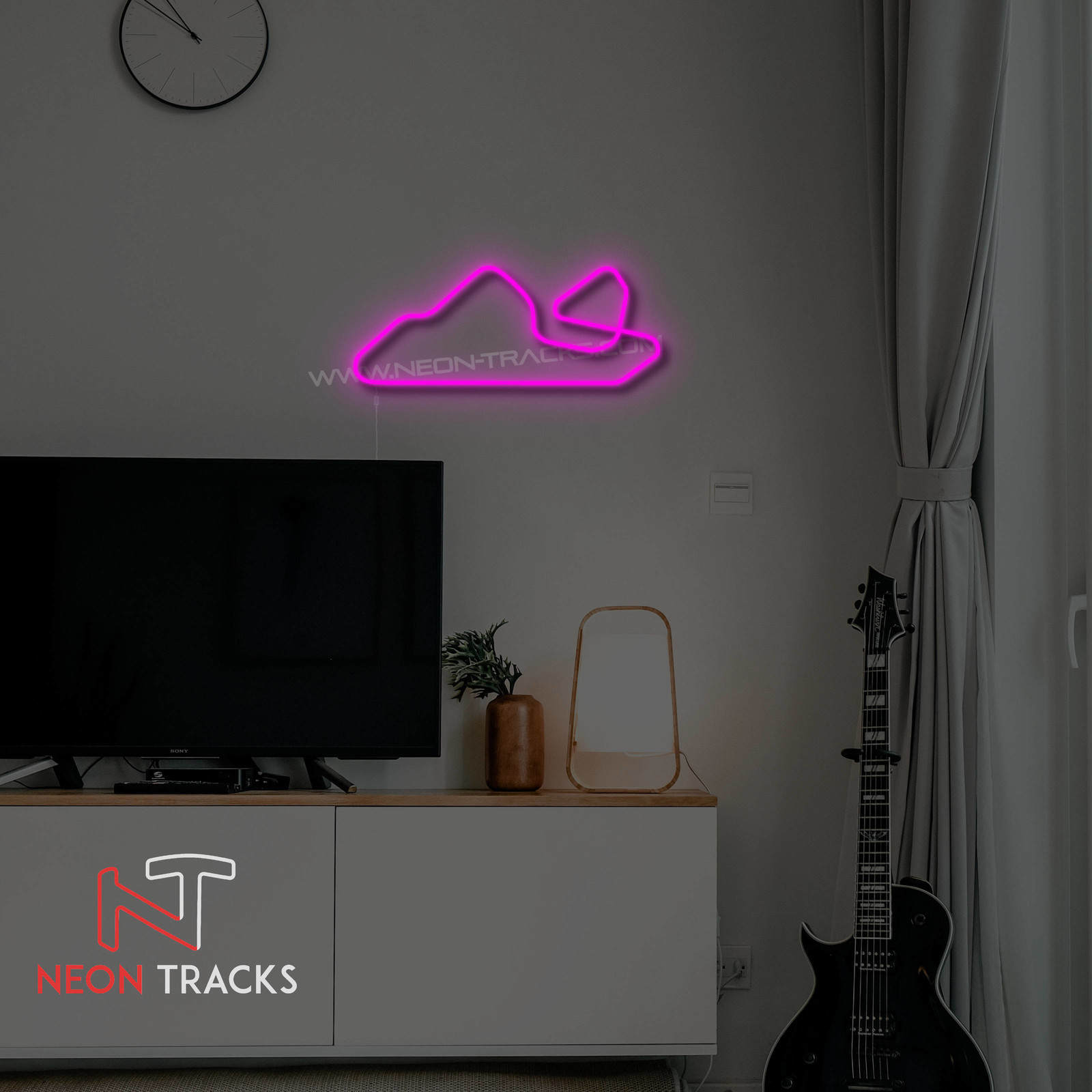 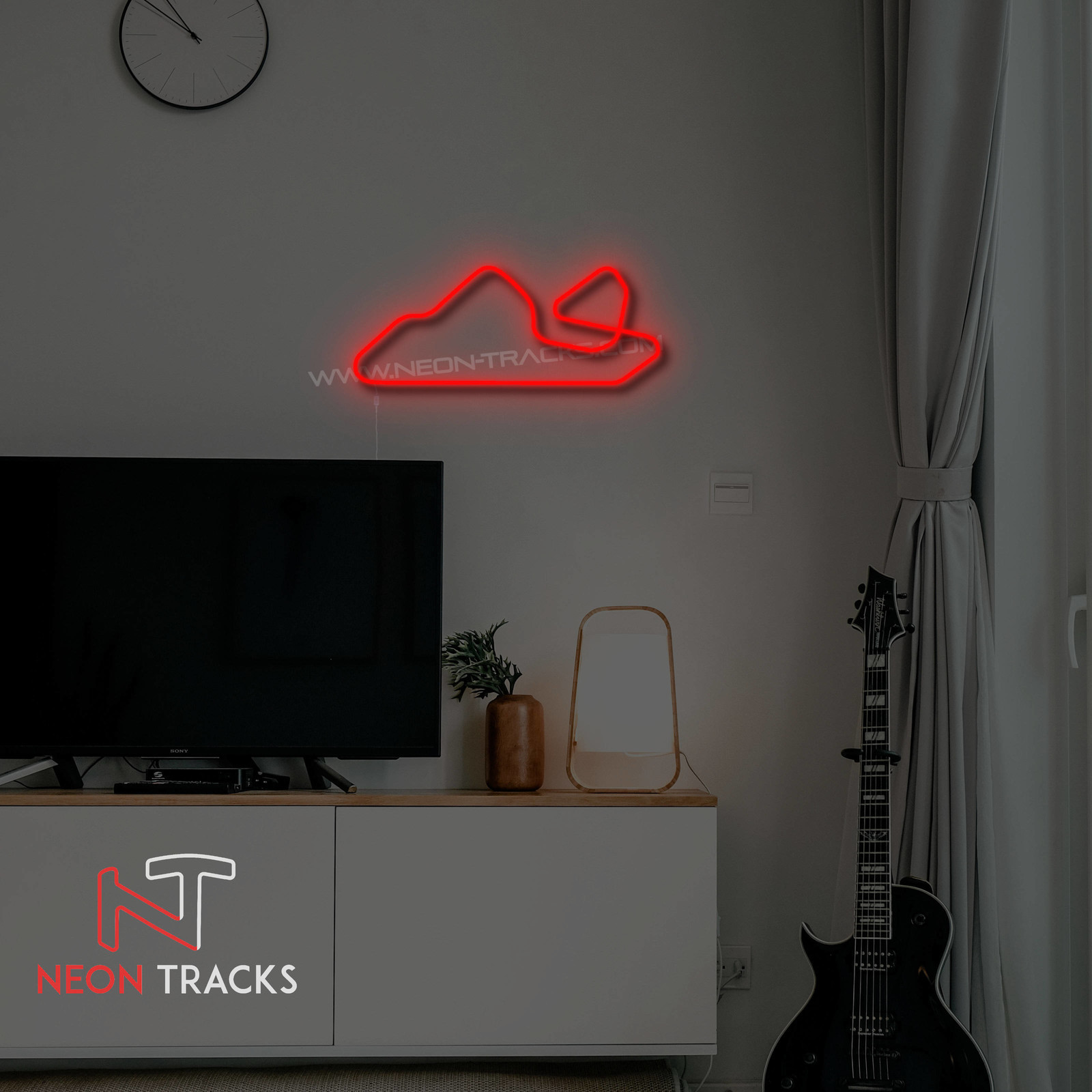 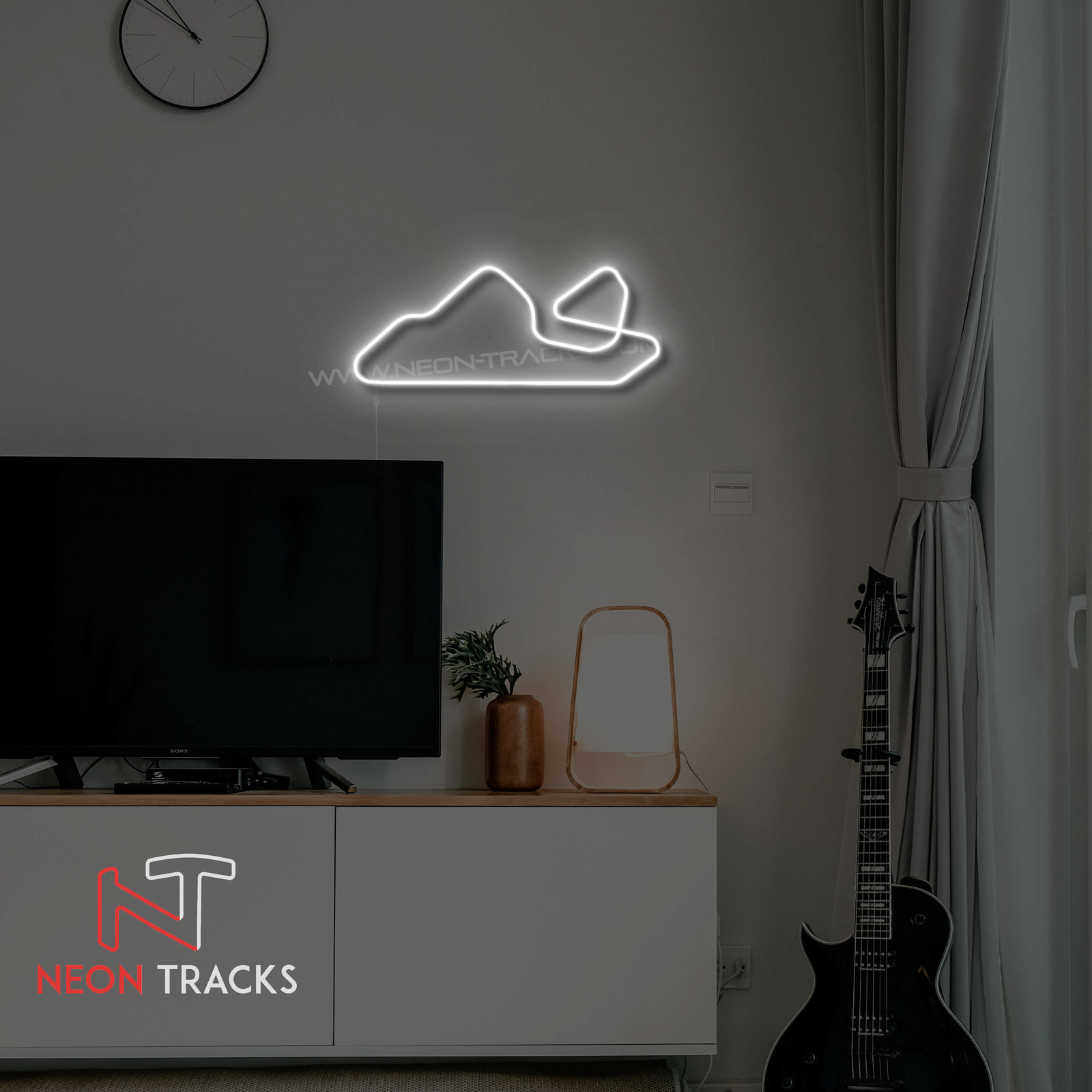 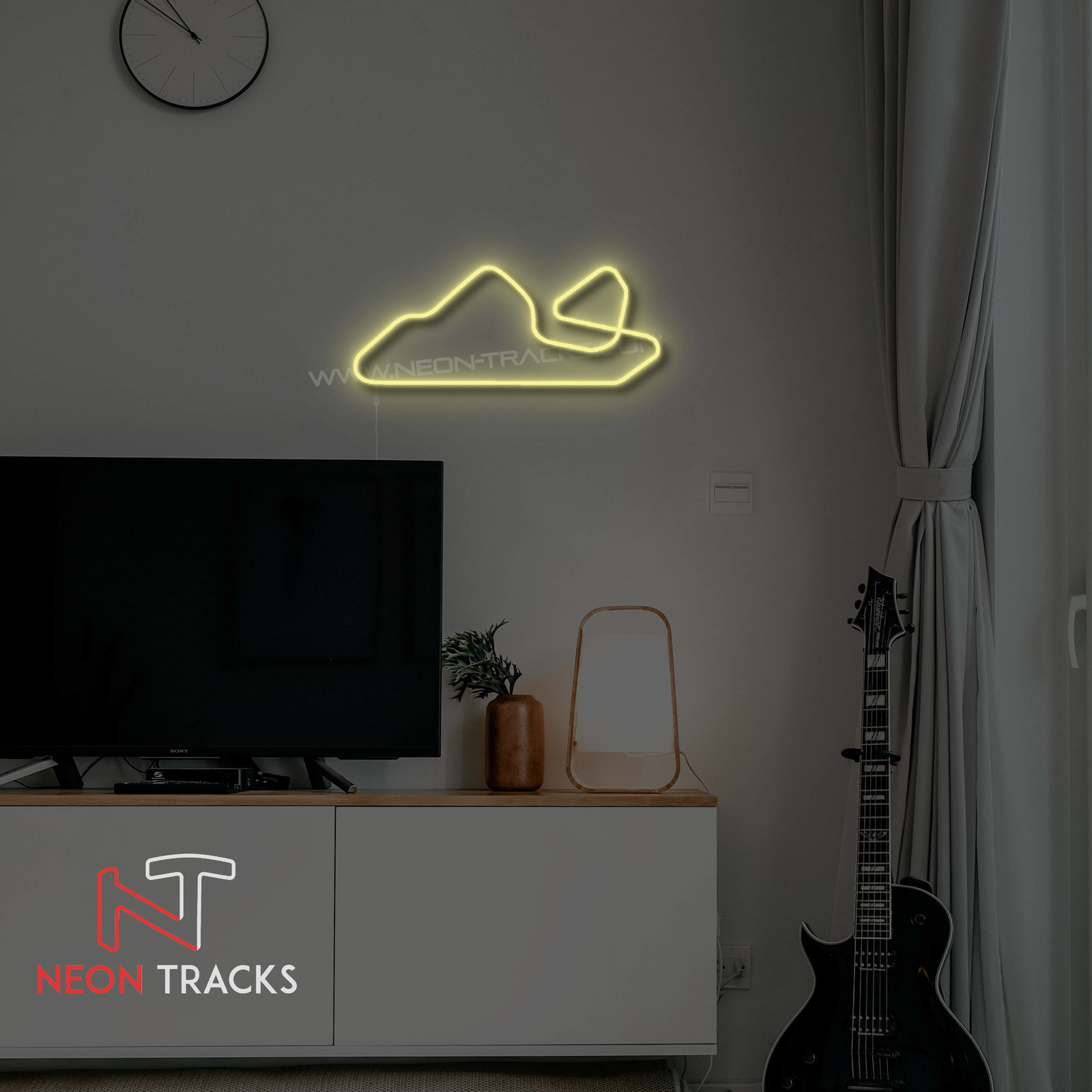