At the age of five, the greatest passion of my life began. At home on the couch next to my greatest hero: my father! It was 1991 and together we watched a very special event for my first sports hero, this was also (to a lesser extent, not much) a special moment for me.

We watched the Formula 1 Grand Prix of Belgium and there was a concentrated, slightly nervous-looking young man sitting on his helmet. Michael Schumacher was about take part in his first race in the premier class. After a great performance in qualifying, he stepped into a beautiful green and blue, in my young eyes, futuristic machine. In my head there was an immediate link between him and myself, it was new to both of us and I was a fan. 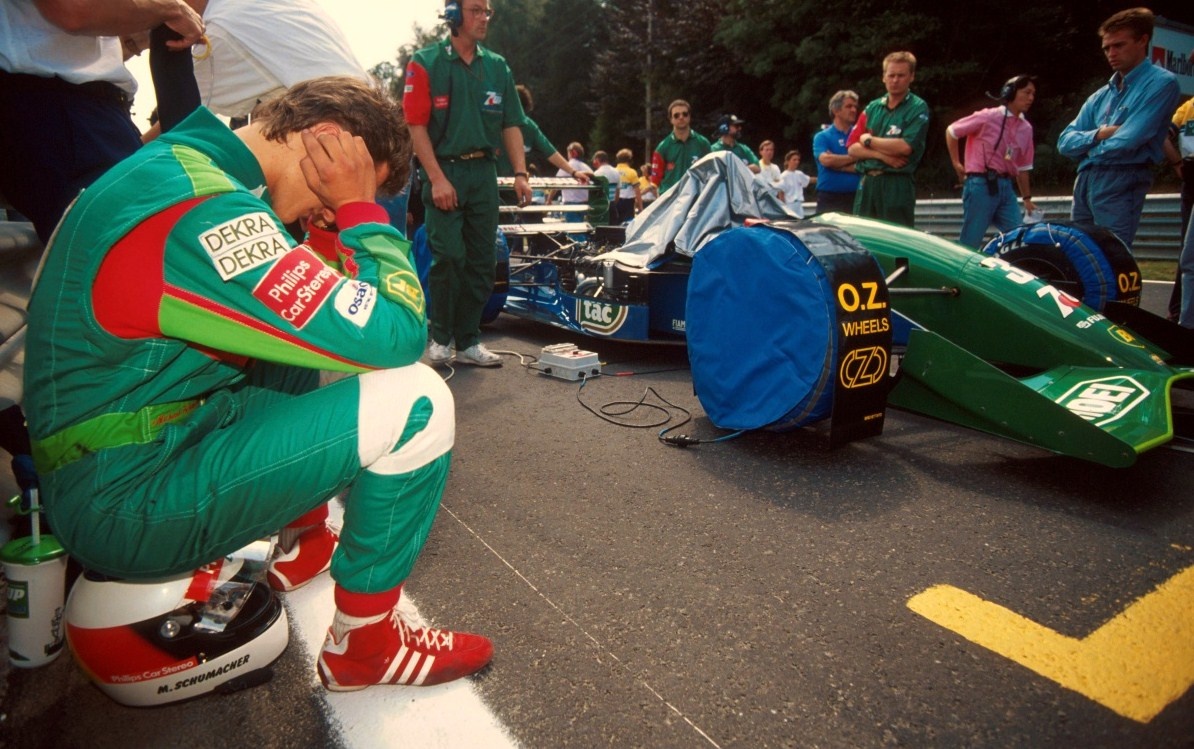 His first race was not a very long one, as we know the race didn't last more than one lap for him. Despite that, a flame had awakened in me and that flame that still burns for that sport and for that man (Keep Fighting Michael).

Over the years my love for motorsport has only grown and now it's even my chance to make it my job. No, unfortunately I am not allowed to participate in Moto3 or Formula 2. But, I can delight other fans of motorsport with a Neon Track of their favourite circuit. Anyone who loves racing has a great memory of a certain circuit, with a Neon Track you can show that! It is also a wonderful way to tell your story to family and friends.