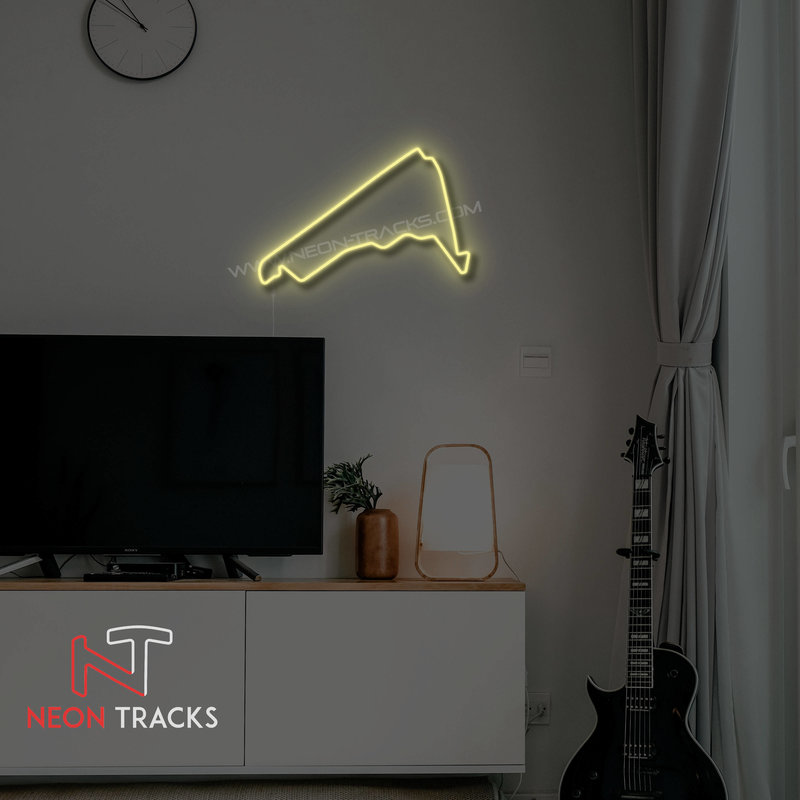 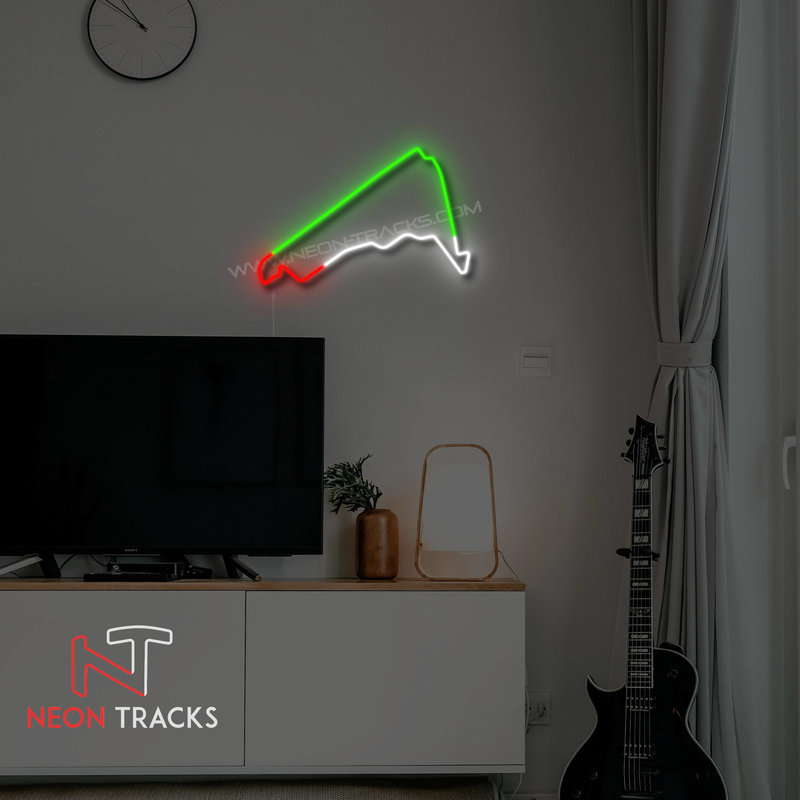 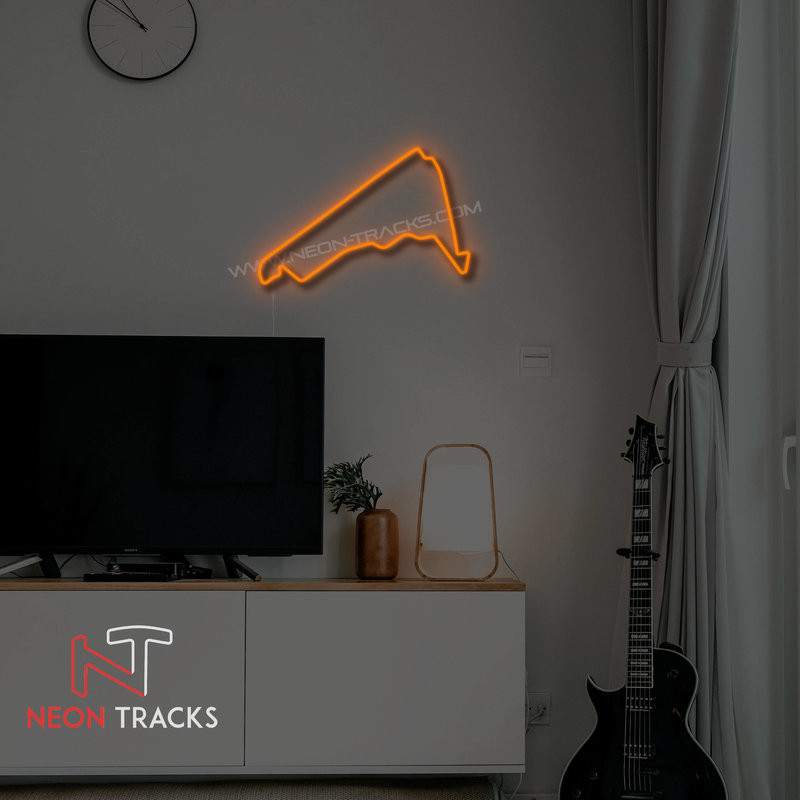 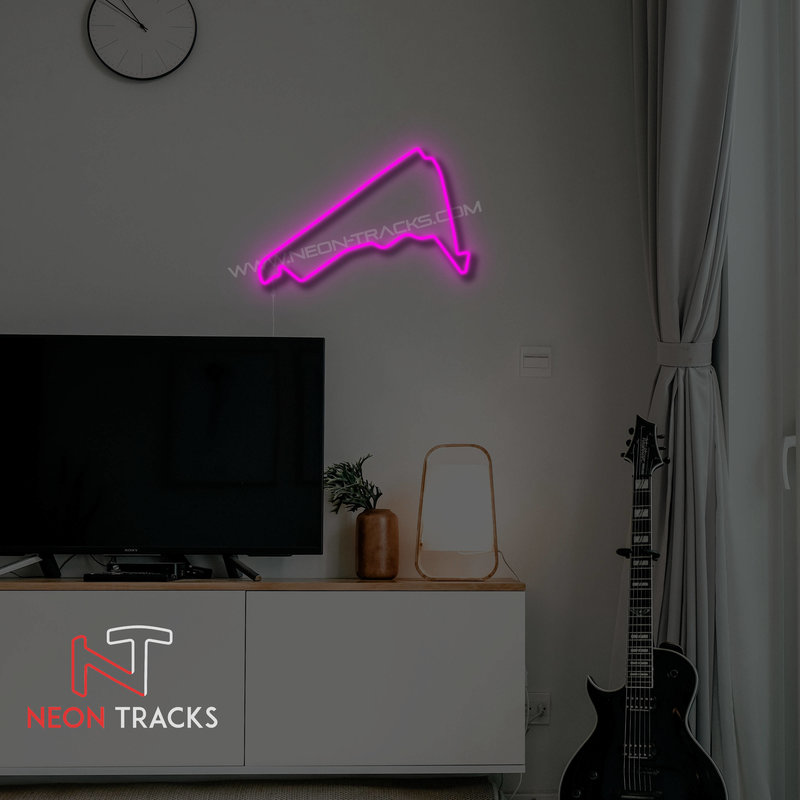 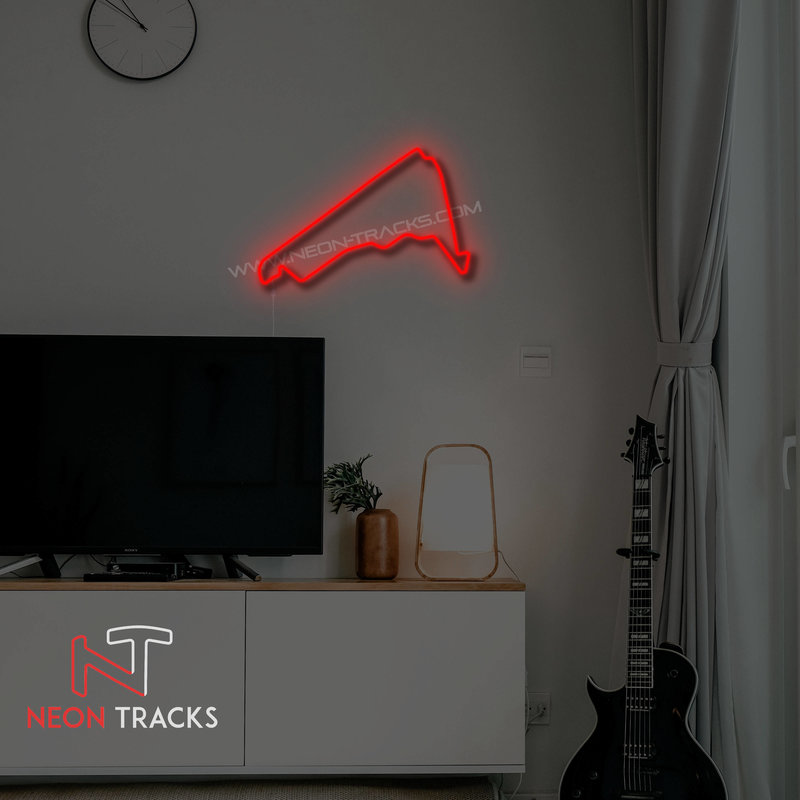 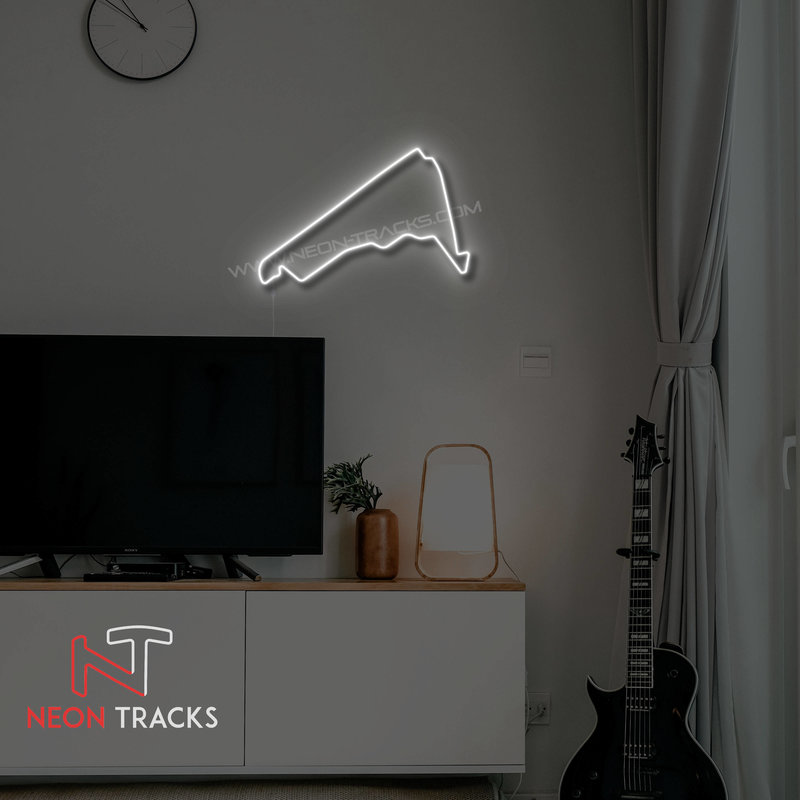 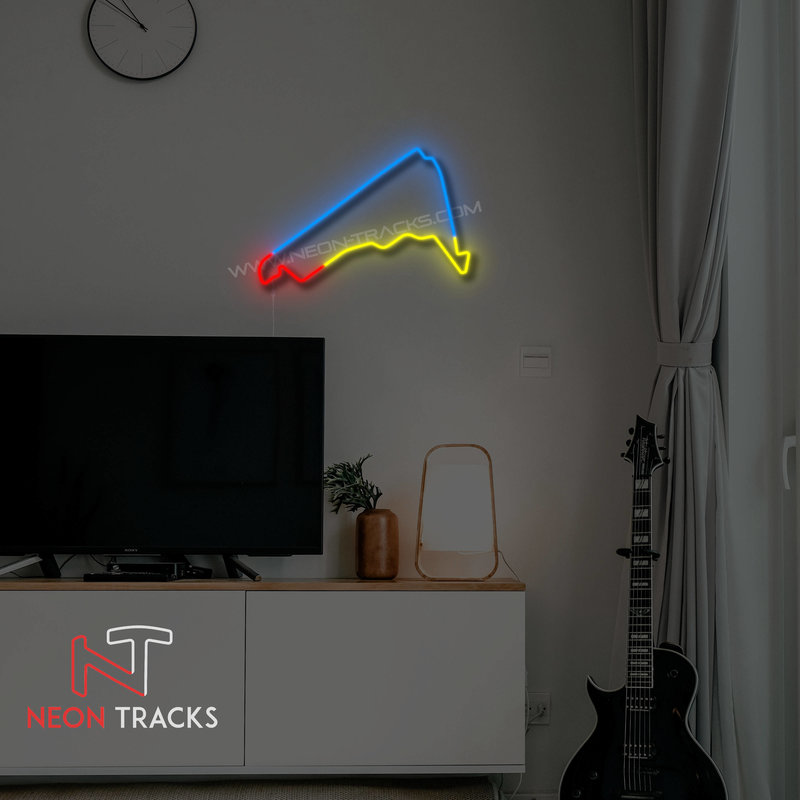 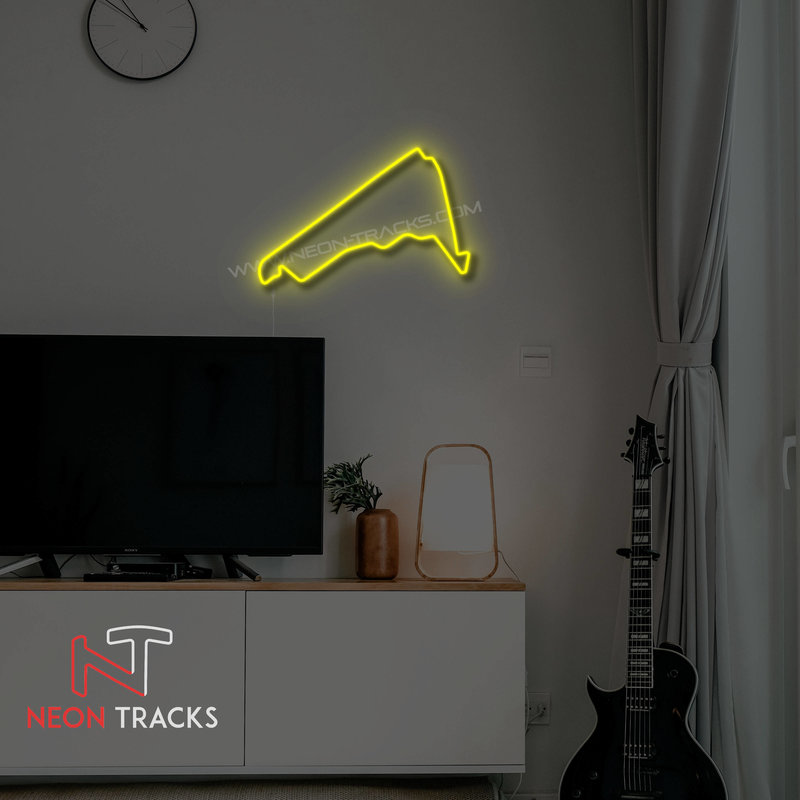 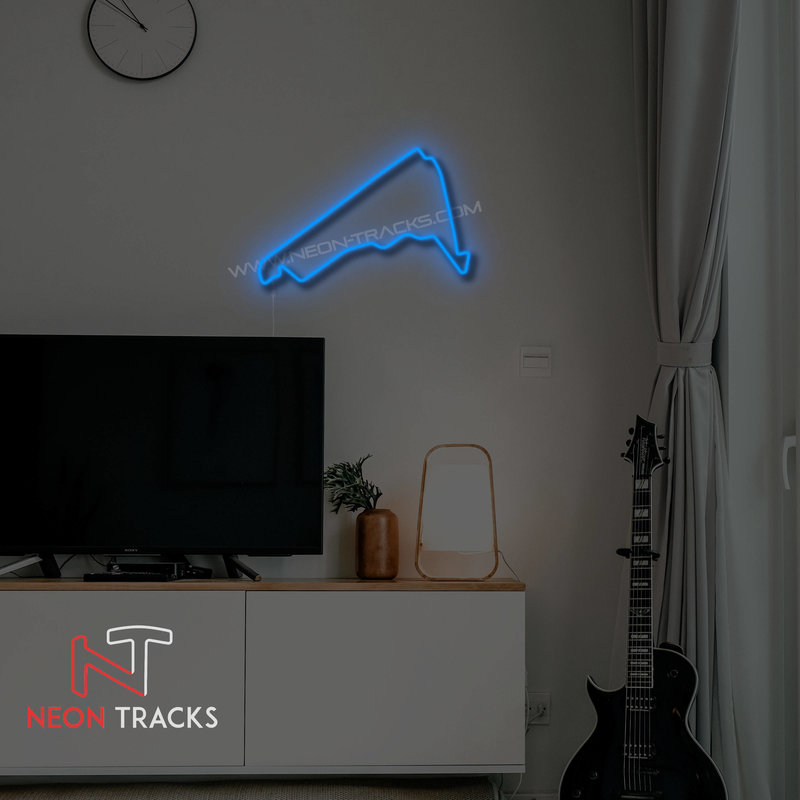 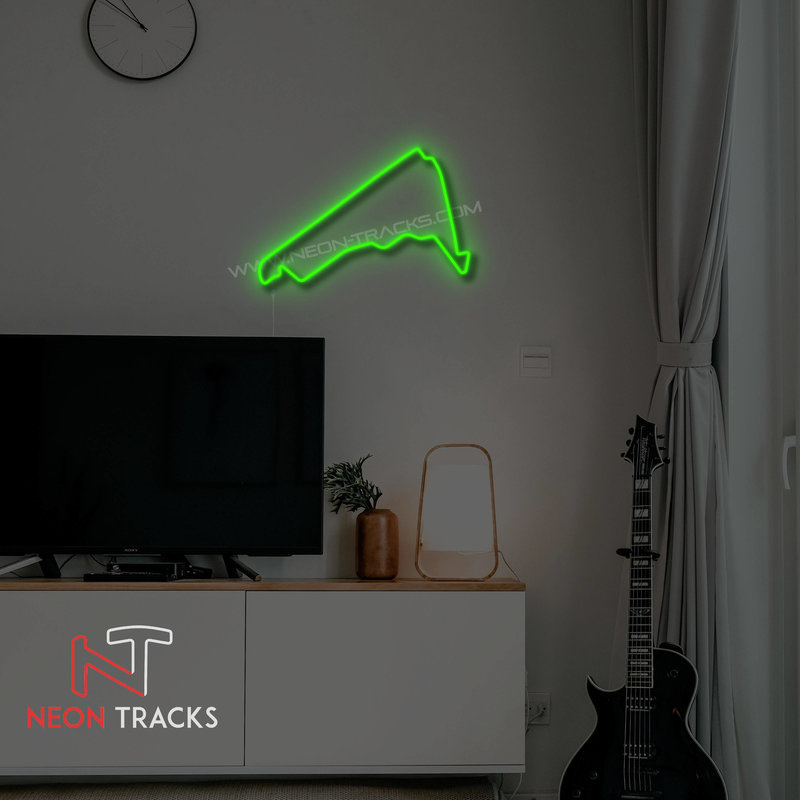 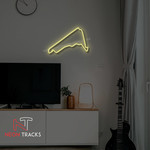 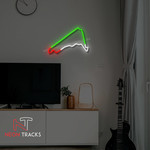 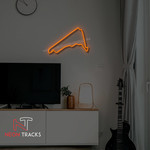 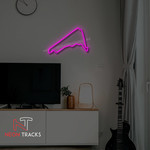 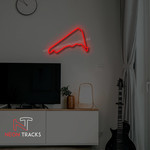 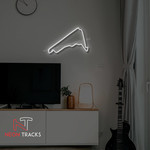 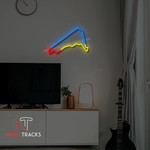 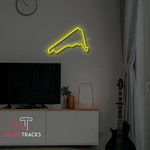 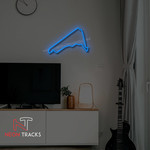 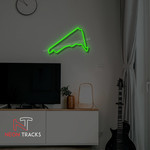 Neon LED circuit in the shape of Autódromo Hermanos Rodríguez. This lamp is perfect for your wall, in the living room, man cave, game room, bedroom, where ever you like. Great as a gift for yourself or some lucky friend or family member.

Your Neon Track comes with a power adapter, touch dimmer and 3 metre cable (black or white).

The Autódromo Hermanos Rodríguez is located within the public park of the Magdalena Mixhuca Sports City in southeast Mexico City. It hosts the 6 Hours of Mexico, which was a sports car race. The race was first held in 1974 as part of the IMSA GT Championship. Fifteen years later, in 1989, the World Sportscar Championship reintroduced it as a 480 km event, and was held three times before the championship's demise. It was again revived in 2016 as a part of the FIA World Endurance Championship. 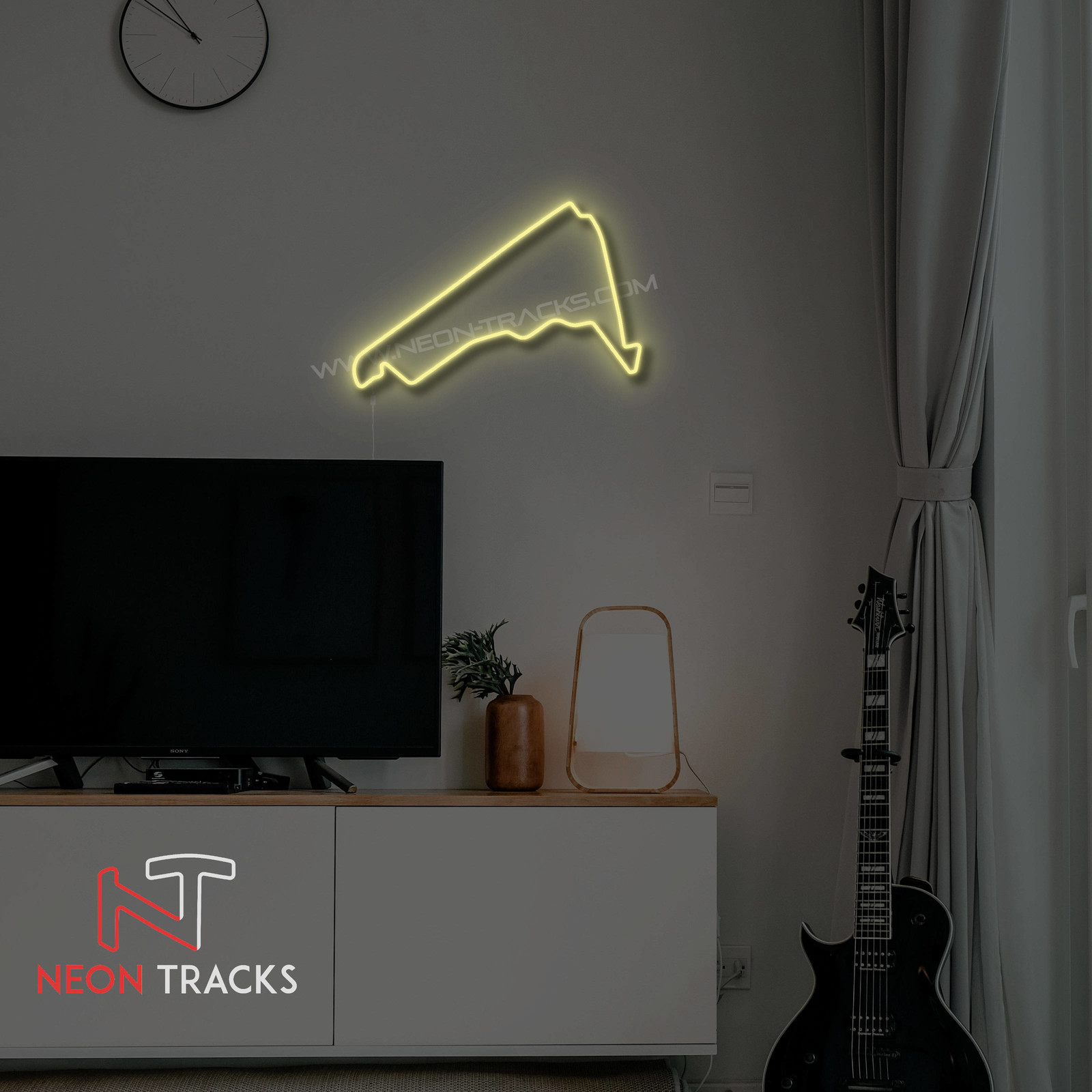 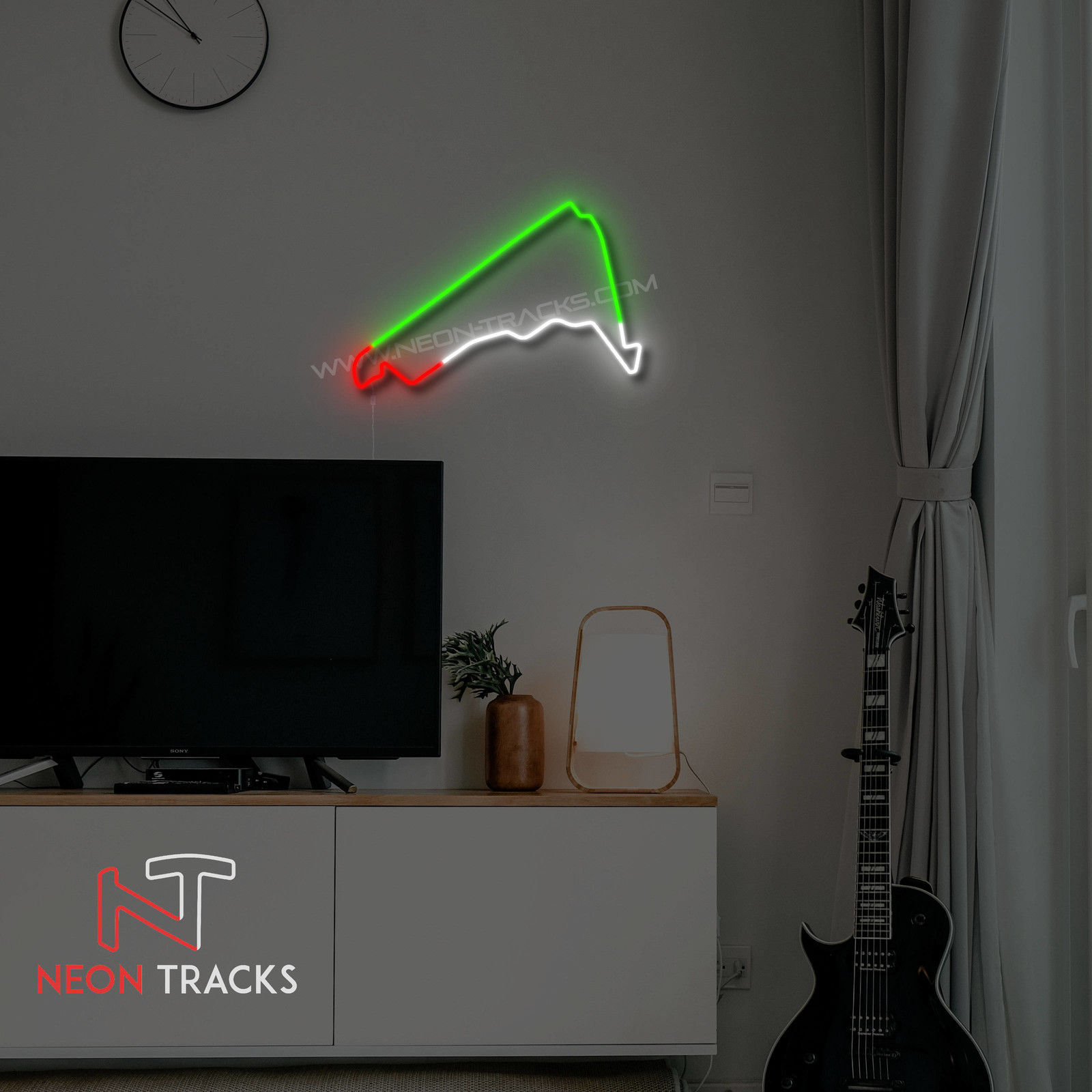 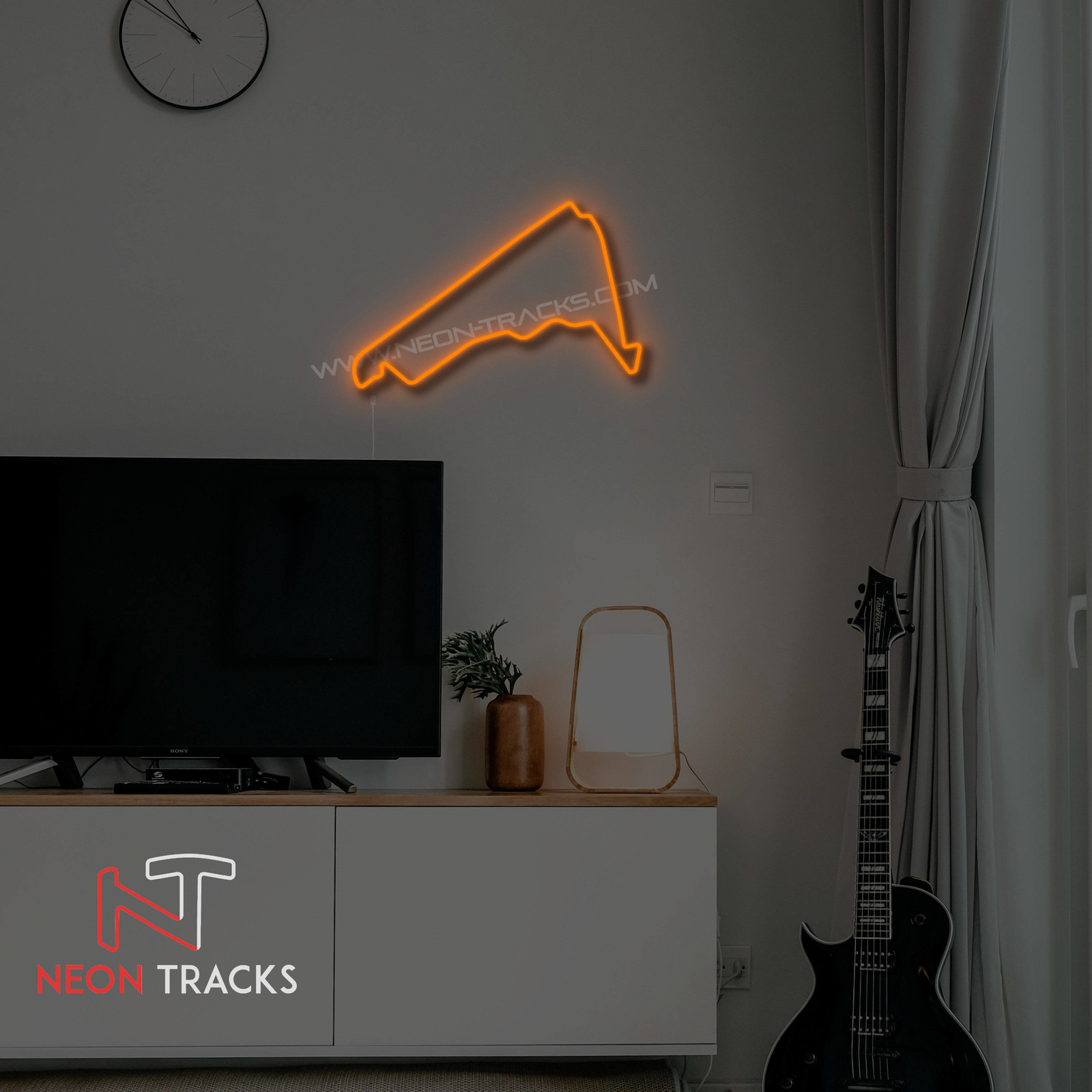 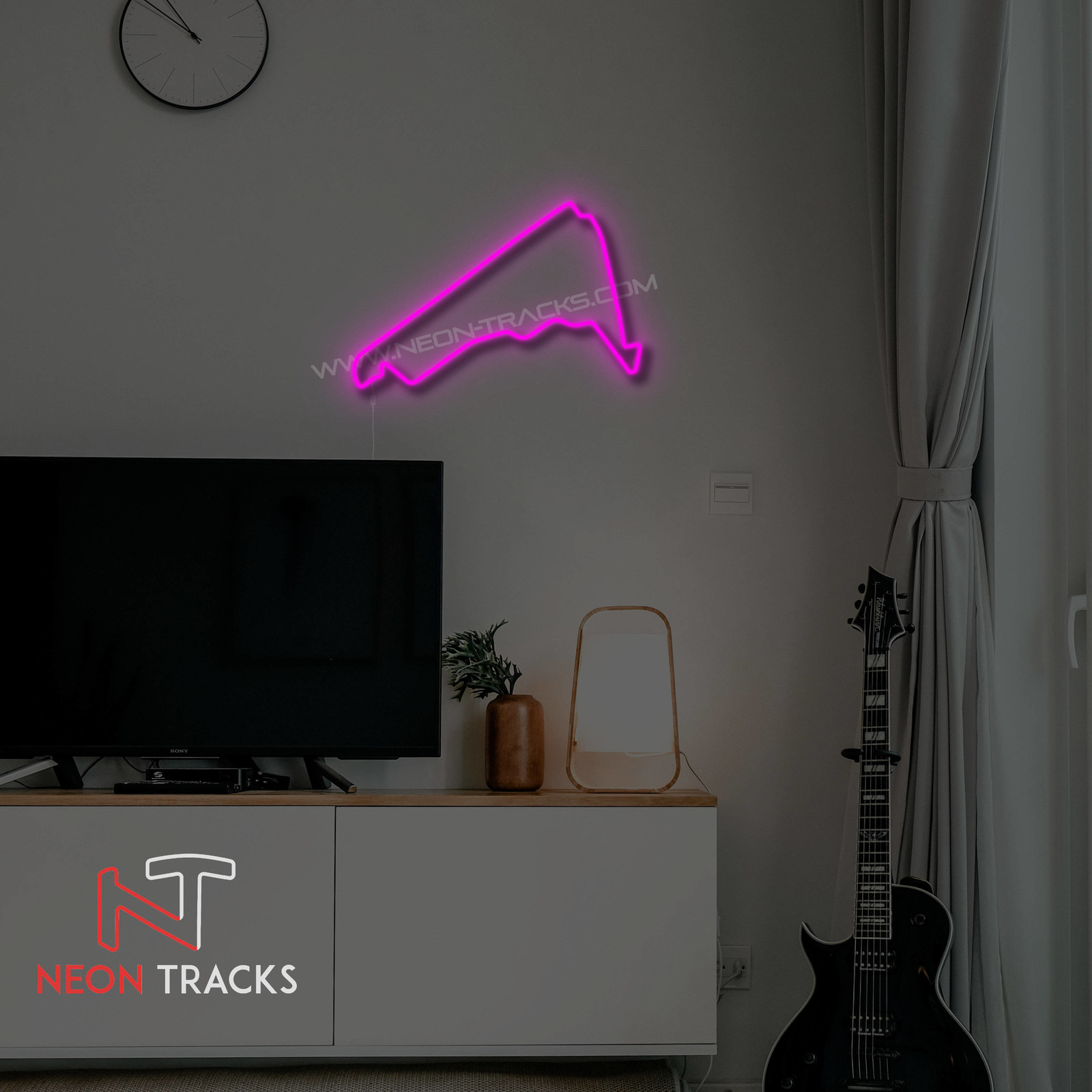 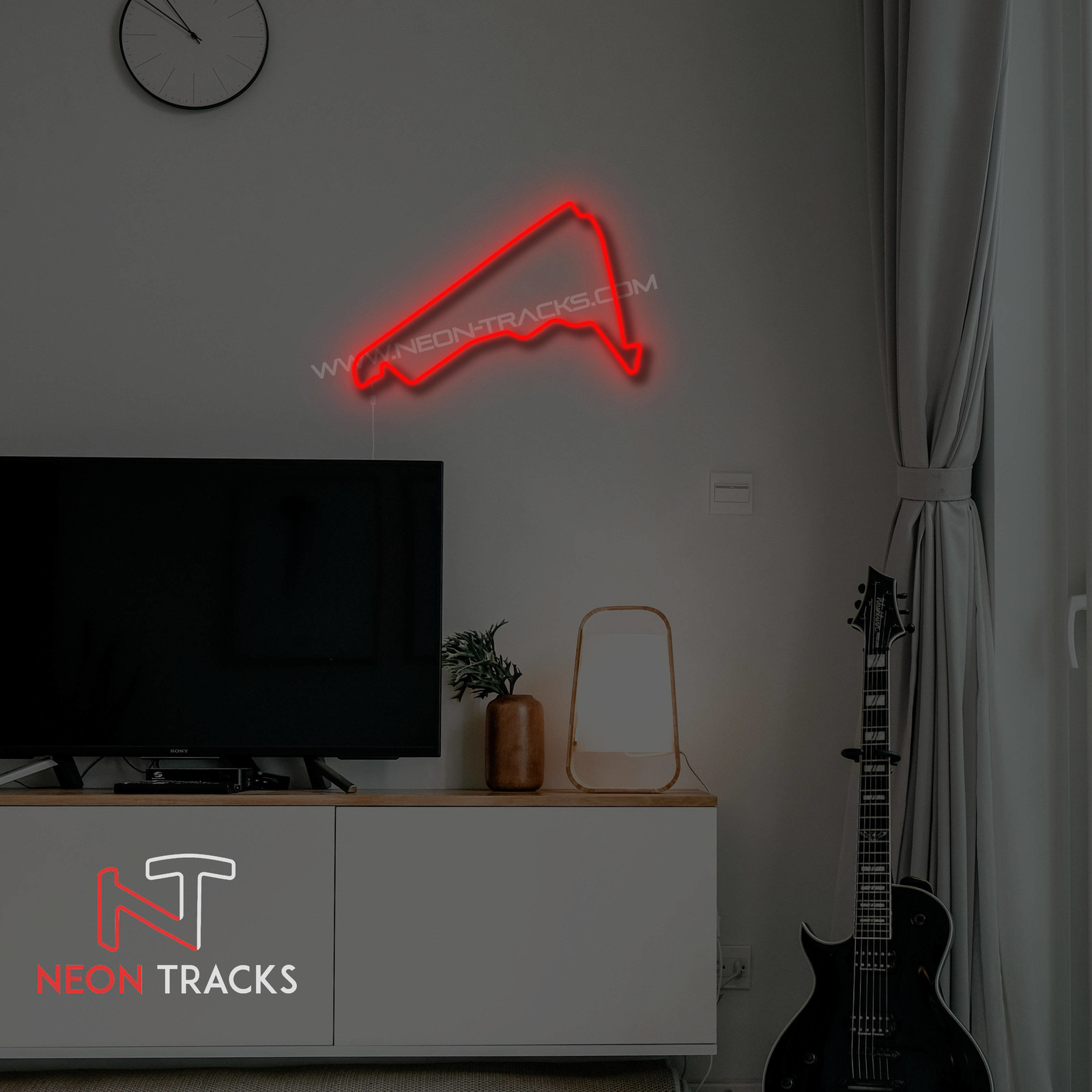 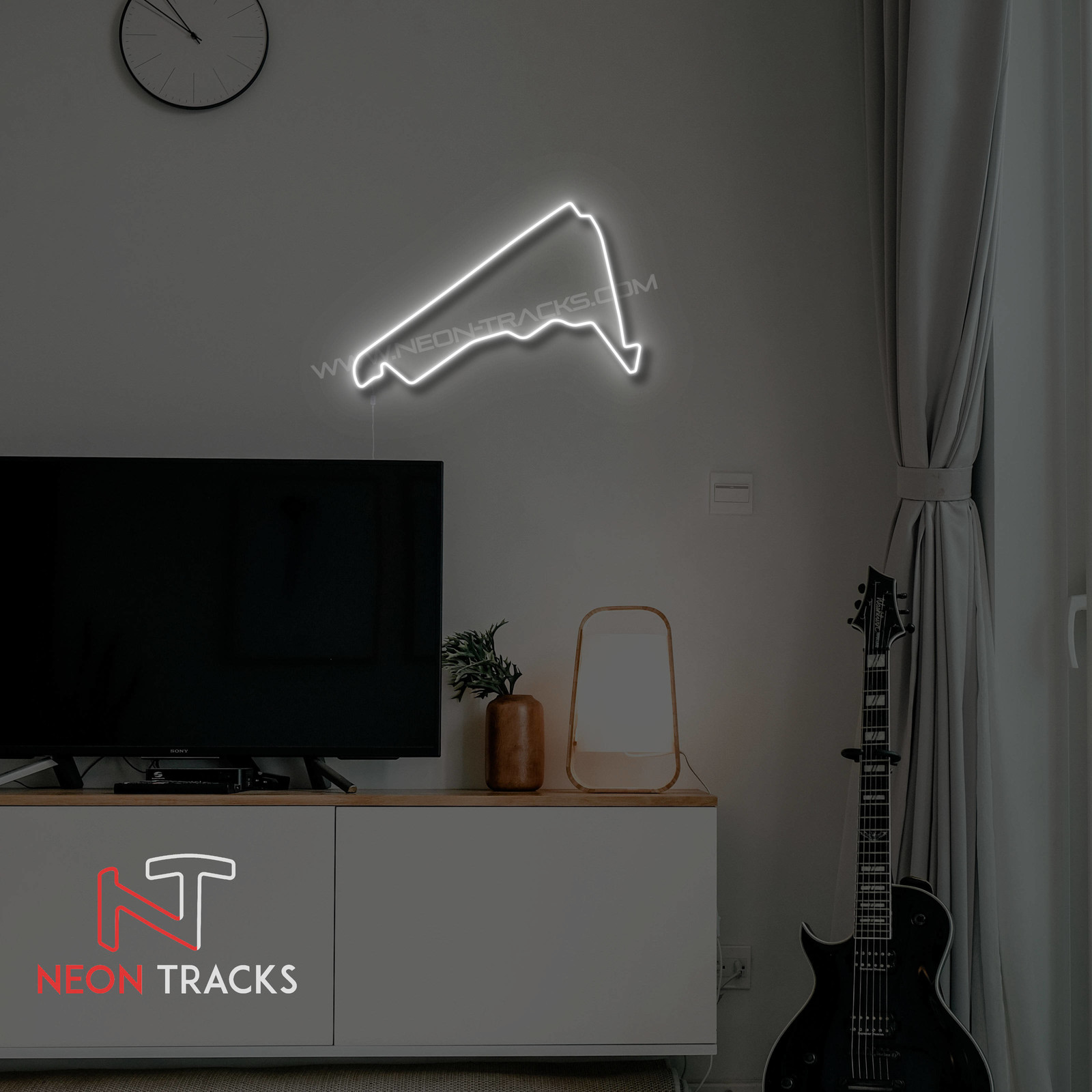 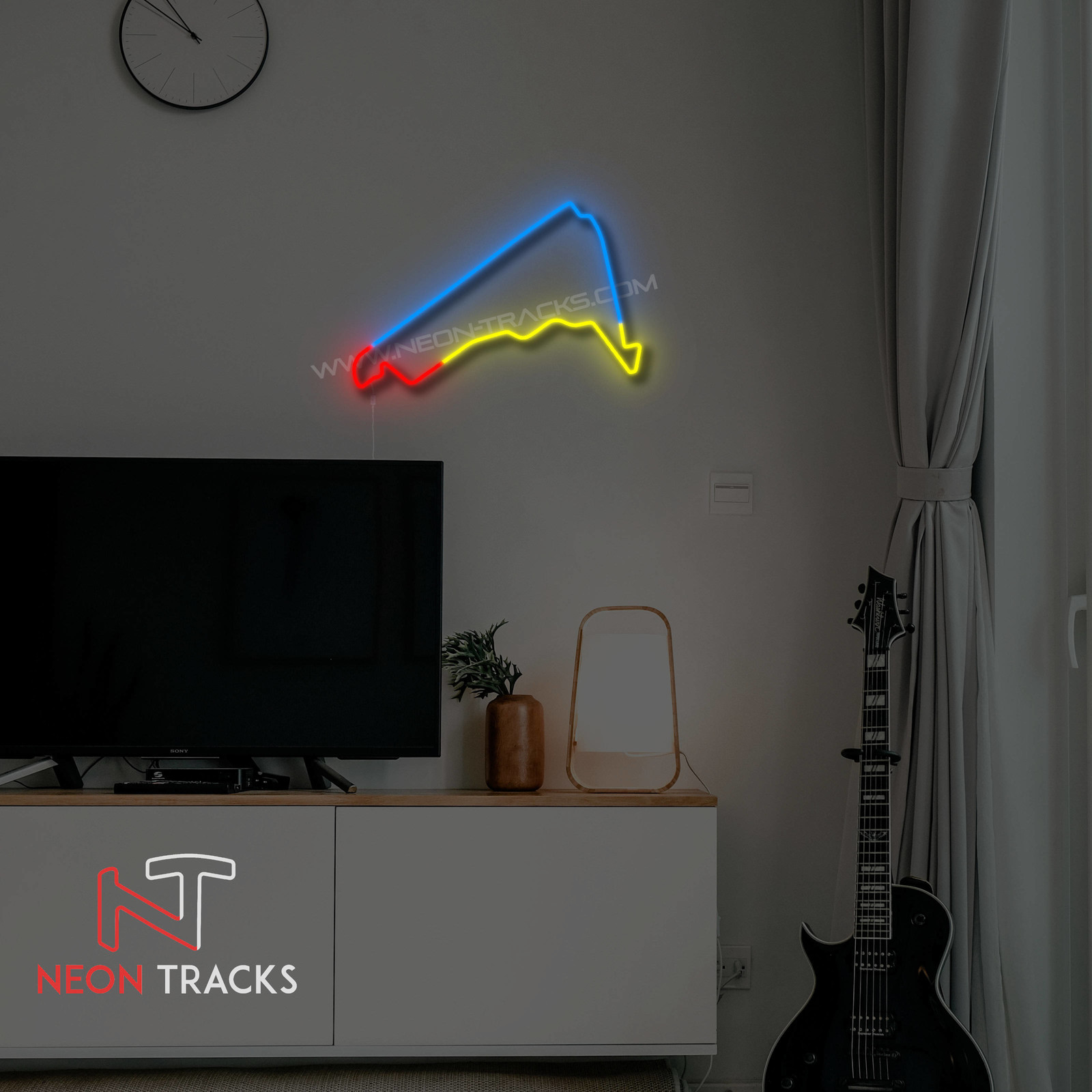 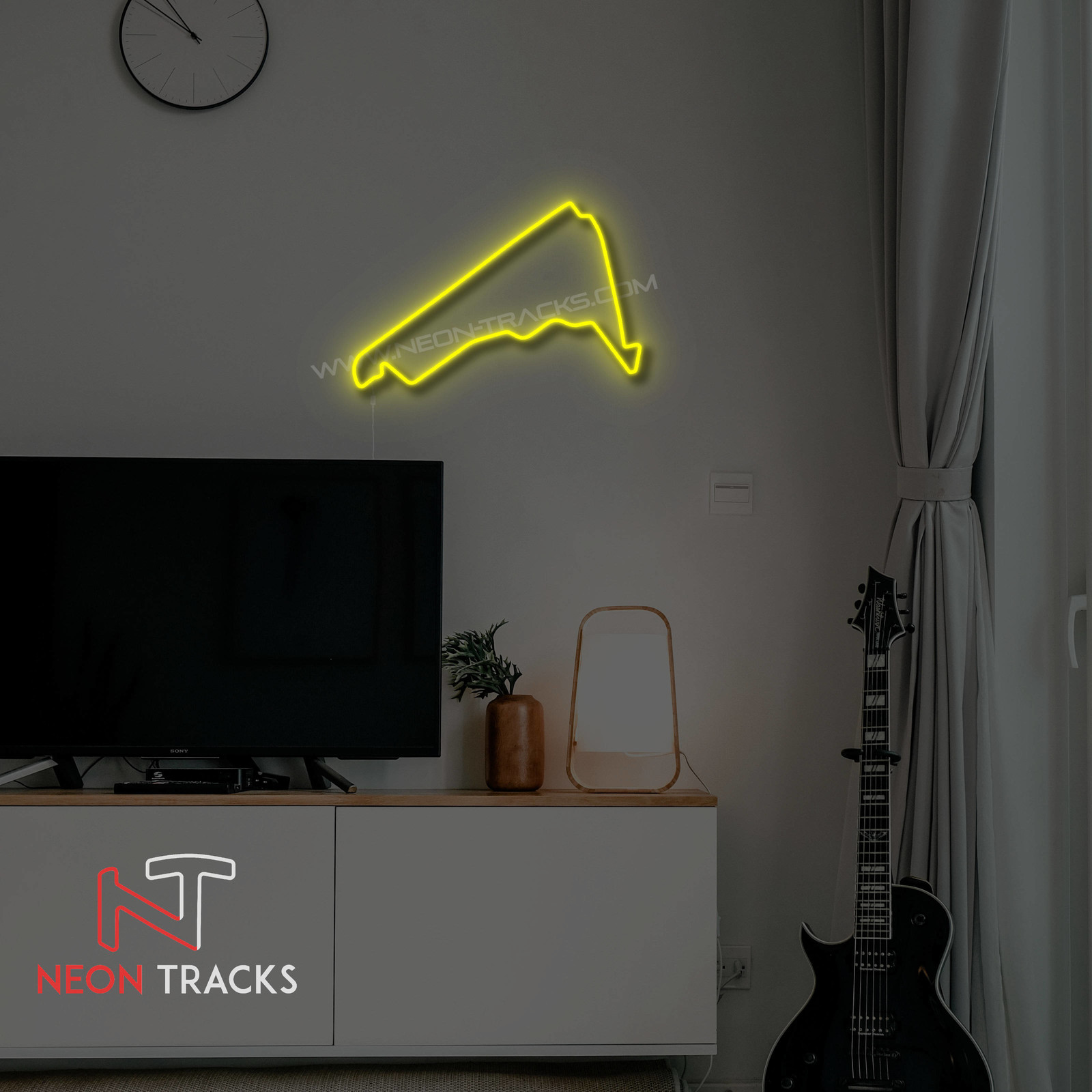 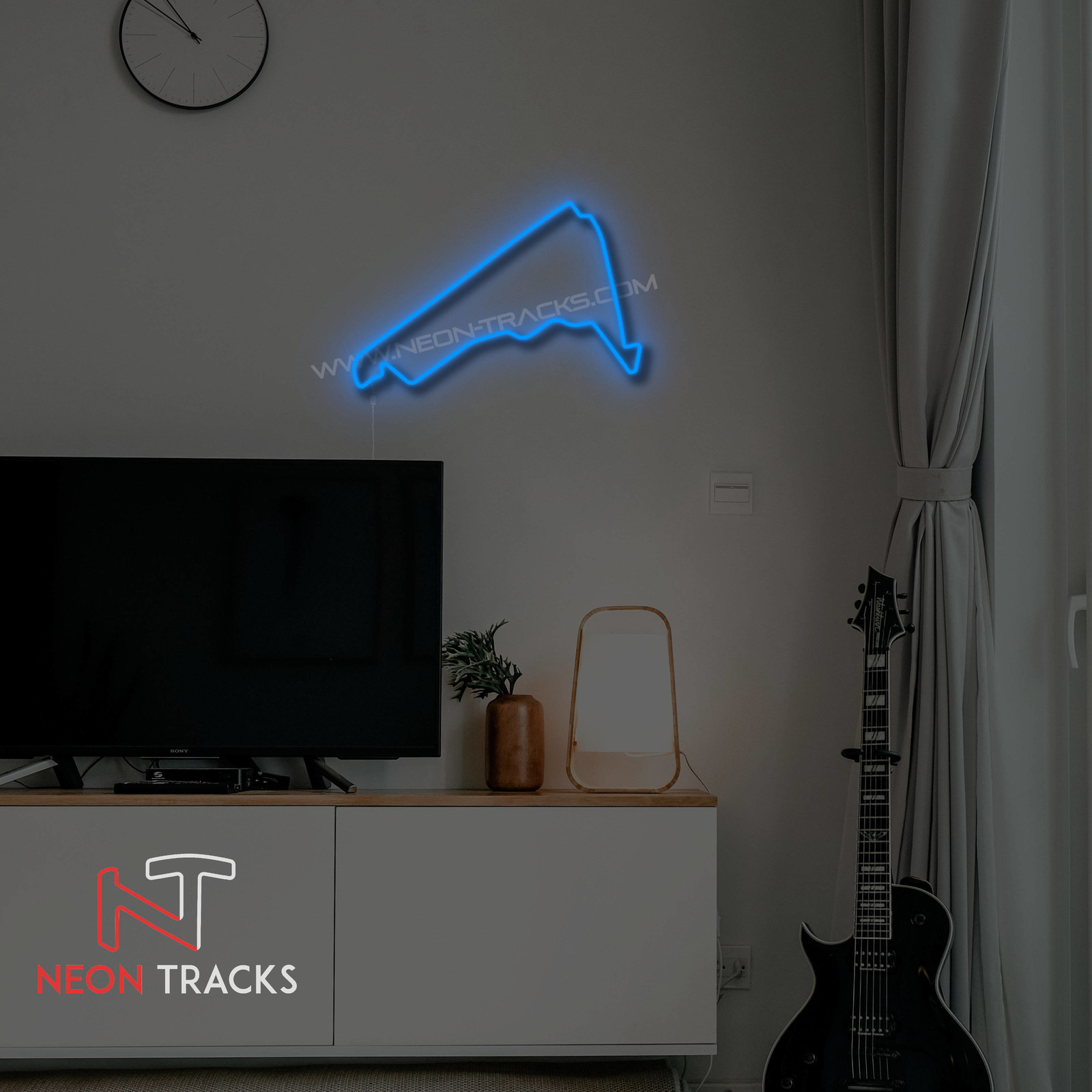 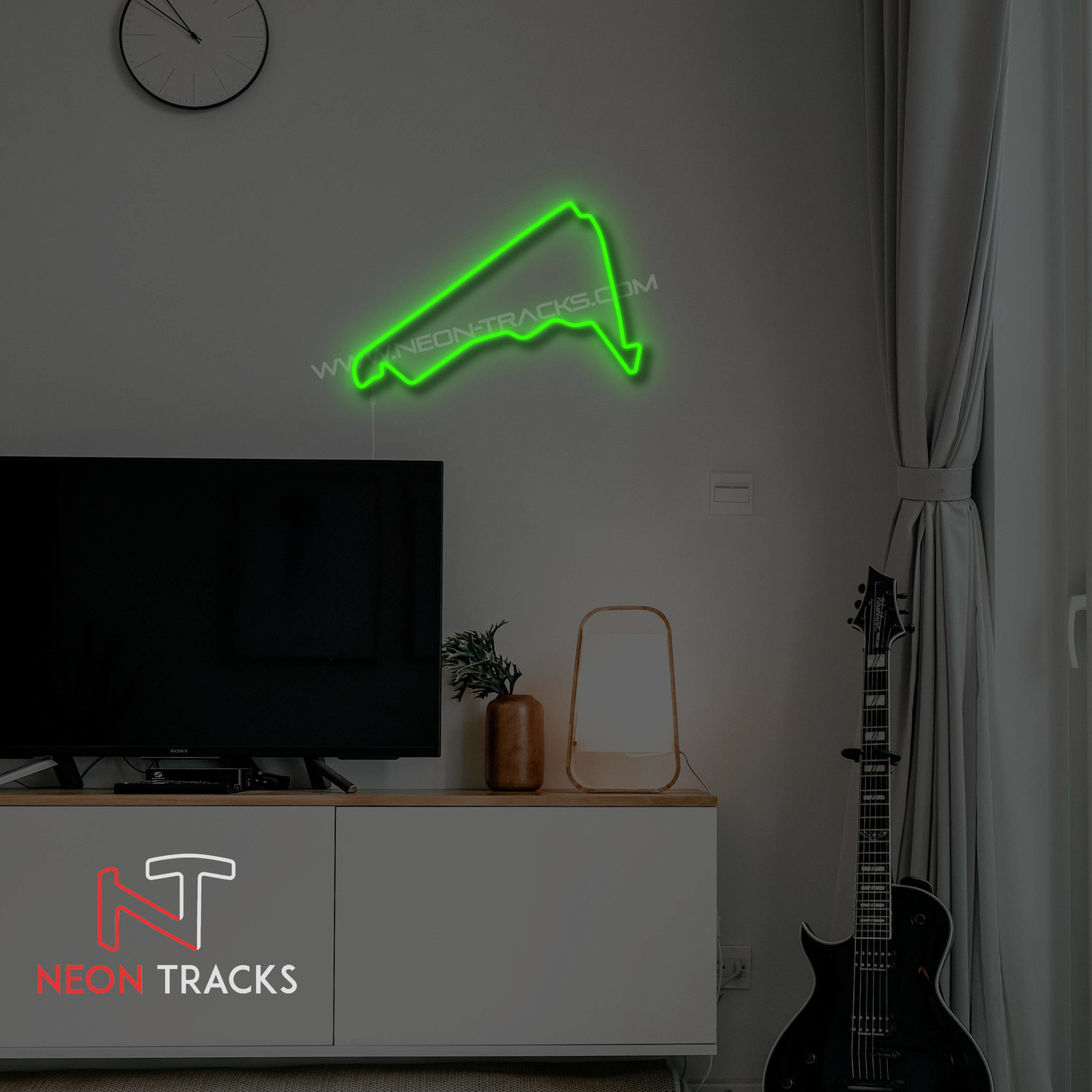